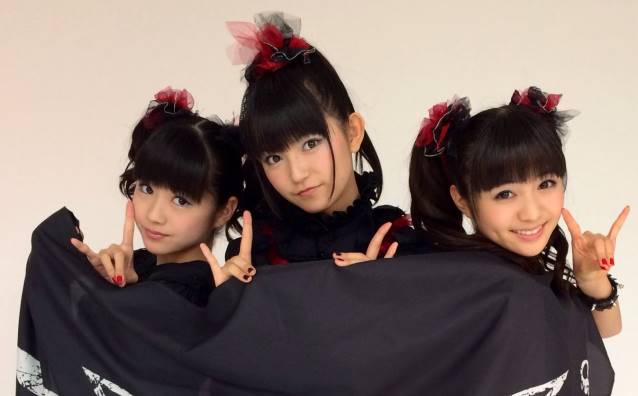 BABYMETAL — the heavy metal offshoot of the Japanese pop idol group SAKURA GAKUIN that performs a distinctly Japanese mix of schoolgirl J-pop and death metal — will become the youngest artists to ever appear at Tokyo Nippon Budokan when they take the stage at the famed venue on March 1 and March 2.

Sayuri Iwai, previous holder of the title, made her Budokan debut at 15 years old and one month. She will be usurped by Suzuka Nakamoto (16),Moa Kikuchi (14) and Yui Mizono (14),who hold a mean age of 14.6 years.

A trailer for BABYMETAL's upcoming Nippon Budokan performances can be seen below.

BABYMETAL will release its debut album on February 26 via Toy's Factory. The effort will be made available in regular and limited editions. The CD includes five of BABYMETAL's singles that were released in 2011 - 2013, from "Doki Doki Morning" (digital single) to "Megitsune", their B-sides and three new songs.

Razor TV conducted an interview with BABYMETAL when the band performed in Singapore in December 2013. You can now watch the chat below. 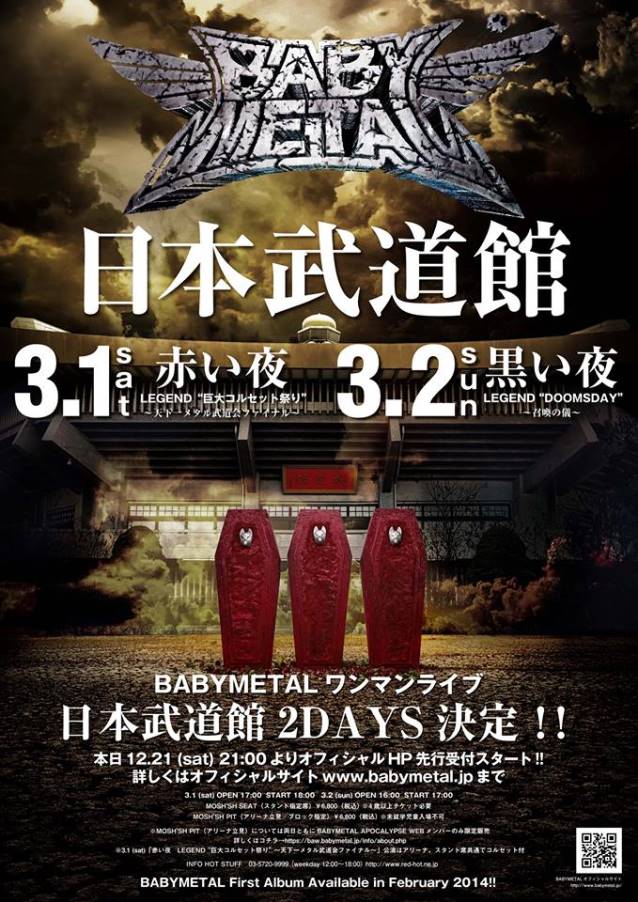