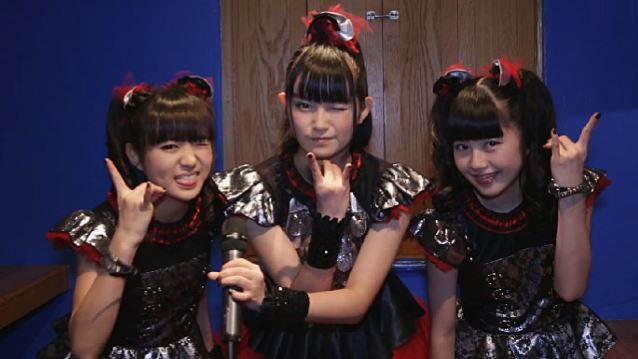 Japanese pop-metal group BABYMETAL will release the "Live At Budokan: Red Night & Black Night Apocalypse" DVD/Blu-ray on January 7, 2015. The set will contain the band's Nippon Budokan performances from March 2014 when the three BABYMETAL singers/dancers became the youngest artists to ever appear at the famed venue.

"Live At Budokan: Red Night & Black Night Apocalypse" will be made available in three formats: a DVD/Blu-ray box featuring both Nippon Budokan concerts (with the first dubbed "Red Night" and second "Black Night"); a CD titled "Live At Budokan: Red Night" containing an audio recording of the first Budokan show (the initial pressing of the CD will include the code to digitally download the new song "The One", which is a collaboration between BABYMETAL's production team and guitarists Herman Li and Sam Totman of British epic power metallers DRAGONFORCE); and a Limited Box exclusive to the BABYMETAL fan club members, "Live At Budokan 'Budo-Can' - The One - Limited Box", a can-shaped package featuring the DVD/Blu-ray of both nights, plus the exclusive CD "Live At Budokan: Black Night" containing the audio recording of the second Budokan concert. 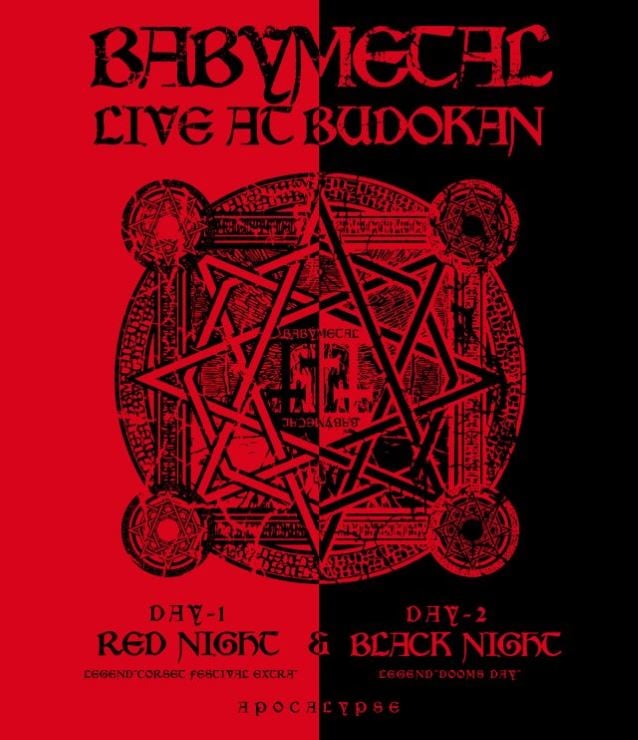 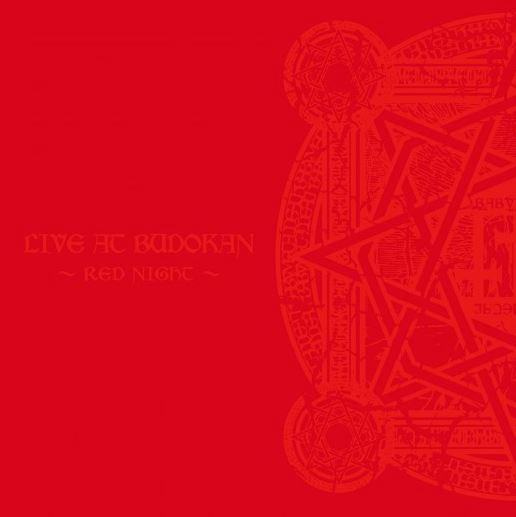 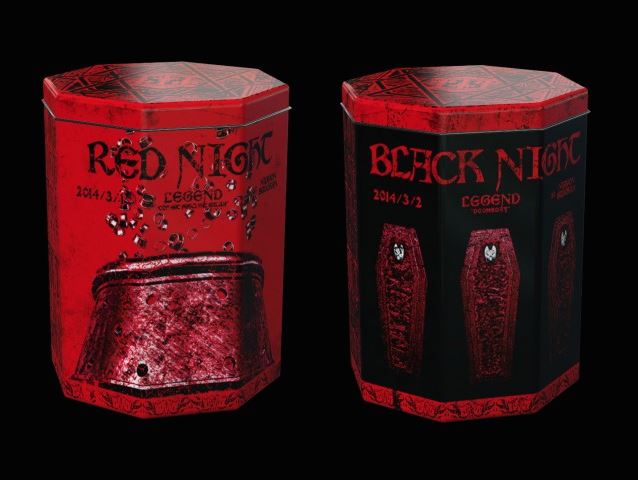