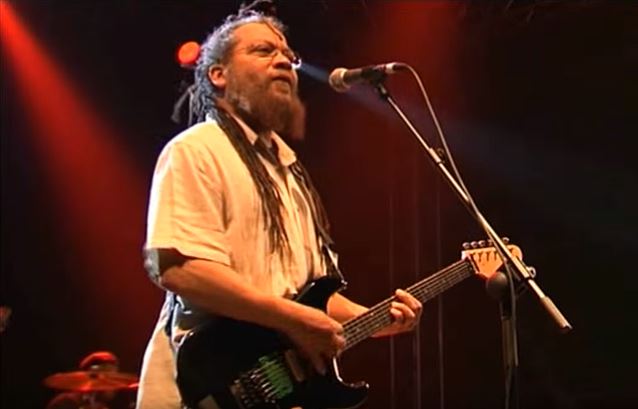 Guitarist Gary "Dr. Know" Miller (pictured) of hardcore punk legends BAD BRAINS is no longer in critical condition after reportedly being hospitalized last week due to an undisclosed ailment.

The BAD BRAINS have released the following update on Dr. Know's health:

"The family of Gary (Dr. Know) Miller and the entire BAD BRAINS family would like to thank everyone for their well wishes. We are happy to say that Dr. Know's condition is no longer considered critical. He still remains under close care and watch of doctors at this time so please continue to keep him in your thoughts and prayers. We continue to ask that you honor our privacy during this time."

A number of musicians took to social media on November 3 to express their concern about Dr. Know's health, with the Deen Ween Facebook group reporting that the guitarist was on life support. Other artists, including the LIVING COLOR vocalist Corey Glover and AGNOSTIC FRONT, have also tweeted in support of the 57-year-old guitarist, who is one of only two members of BAD BRAINS to have played with the seminal D.C. group since they formed in 1977.