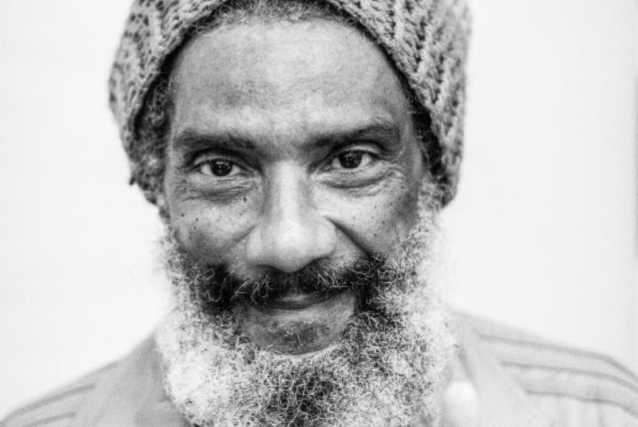 The NFTs include animations of H.R.'s iconic backflip, an exclusive recording and a portrait photographed by LAMB OF GOD's Randy Blythe.

Hudson is the remarkable lead singer of the legendary hardcore punk band BAD BRAINS as well as the chief purveyor of PMA (Positive Mental Attitude). He has long been considered to be the greatest frontman in rock history. His influence is well documented, having touched everyone from Kurt Cobain, Dave Grohl and THE ROOTS' Questlove, to members of LIVING COLOUR and BEASTIE BOYS. BAD BRAINS has been nominated for the Rock And Roll Hall Of Fame, sold millions of records and performed for countless fans the world over since the early 1980s. H.R. is the subject of the award-winning documentary "Finding Joseph I" as well as the autobiography by the same name.

The singer's premier offering of NFTs follows in the footsteps of his envelope-pushing career, and will be available exclusively through Makersplace, the foremost marketplace for truly rare and unique digital artworks, beginning August 18 at noon PST. H.R.'s manager Kate Gammell states: "H.R. has been an innovator since the beginning of his career, exhibiting his talents and constantly pushing boundaries. He is continuing in that spirit with these NFTs. He knows the world is constantly evolving, and it is important to him to be on board. He put his heart and soul into these artworks." The collection was curated with the assistance of rapper Ill Bill (Uncle Howie Records),former-record-executive-turned-author Howie Abrams and DJ Eclipse (SiriusXM, Fat Beats).

The digital artworks are as follows:

H.R.'s legendary, death-defying backflip; one of the most iconic physical symbols in the history of modern musical performance, has been captured for posterity with three dynamic animations created by Parisian artist Vinzomega. The backdrops for each represent various clubs that reared H.R., BAD BRAINS and punk rock itself: New York's CBGB, Washington D.C.'s 9:30 Club and West Hollywood's The' Roxy Theater.

"Saddest Day" is an updated, 2021 recording and animation produced exclusively for a 1/1 NFT. The song originally appears on his fan-favorite 1990 solo album "Charge". Recorded during the COVID-19 pandemic in collaboration with the Georgia-based reggae band PASSAFIRE's Ted Bowne. Its accompanying animation was created by Moe Angelo.

This digital portrait of H.R. was shot by fellow heavy music frontman extraordinaire, LAMB OF GOD's Randy Blythe, on June 8, 2017 at THE ROOTS' Okay Space gallery prior to BAD BRAINS' "secret" reunion performance at the venue. 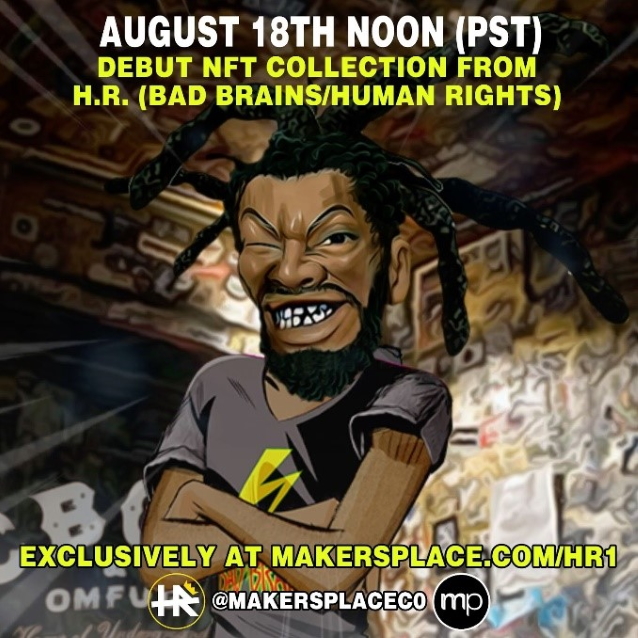