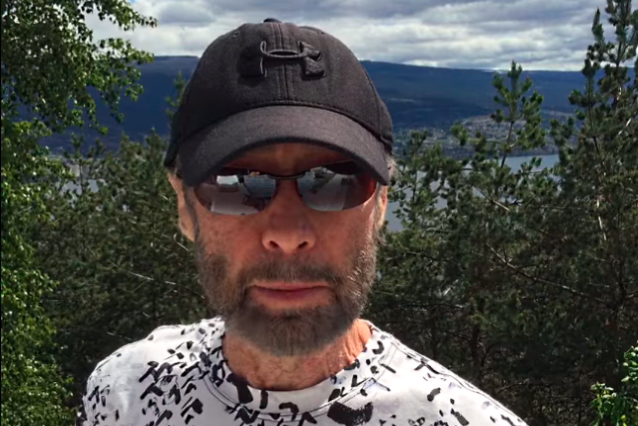 The 70-year-old British icon, who has been a Canadian citizen for nearly a decade, took to his social media to confirm that he was "very much alive" after some fans apparently thought he had passed away. The confusion stemmed from the fact that Brian Howe, best known as the singer who replaced Rodgers in BAD COMPANY, died of a cardiac arrest on Wednesday (May 6).

Earlier today, Rodgers posted a short video message on his social media, saying: "Hi. It's Paul Rodgers here. It's May the 7th, 2020. The reports of my demise are greatly exaggerated. I'm happy to say that I'm very much alive. Yeah. Take care of yourselves and each other. I hope to play for you again soon. Thanks for caring. I feel the love."

Two years ago, Howe told Rock Candy magazine that he didn't like Rodgers as a person. "And if he's such a brilliant artist and if he's really regarded as the only person ever to have sung with BAD COMPANY, then why haven't they recorded anything new in the last 10 years?" Howe asked.

Rodgers ranked No. 55 on Rolling Stone's list of the 100 Greatest Singers of All Time.

Rodgers fronted QUEEN between 2004 and 2009. With Rodgers at the mic, QUEEN embarked on two world tours and released an album, "The Cosmos Rocks", in 2008. They amicably parted ways a year later when Rodgers returned to BAD COMPANY.

As vocalist with FREE, BAD COMPANY and THE FIRM in the 1970s and 1980s, Rodgers reportedly sold more than 90 million records.

A Message From Paul

A message from Paul clarifying the reports on his status - [TeamPR]

Posted by Paul Rodgers Official on Thursday, May 7, 2020