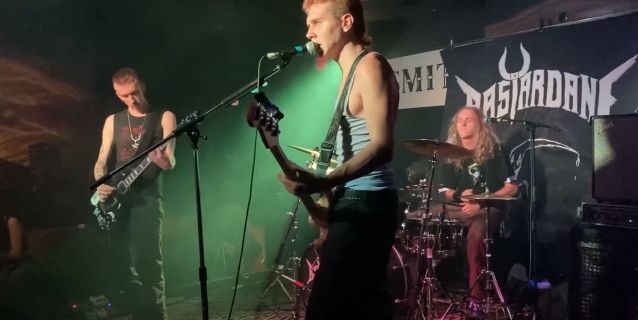 Fan-filmed video of BASTARDANE, the new band featuring drummer Castor Hetfield, son of METALLICA frontman James Hetfield, performing on May 13 at Smith's Olde Bar in Atlanta, Georgia can be seen below.

The second leg of BASTARDANE's "White Knuckle" U.S. tour will kick off on June 11 in Costa Mesa, California and conclude on July 1 in Jacksonville, Florida.

In addition to the 21-year-old Castor, the Savannah-based hard rock trio includes Jake Dallas on vocals/bass and Ethan Sirotzki on guitar. The group formed in 2019 from a collection of college students who met through jamming in basements, backyards, and anywhere that was available. Their brand of entertainment fuses fast high-gain riffs and power chord grooves with heavy feedback and clean, dissonant chord progressions.

BASTARDANE will team up with OTTTO for a co-headlining West Coast U.S. tour in late May. The California trek will kick off at the METALLICA-headlined BottleRock 2022 festival in Napa Valley. 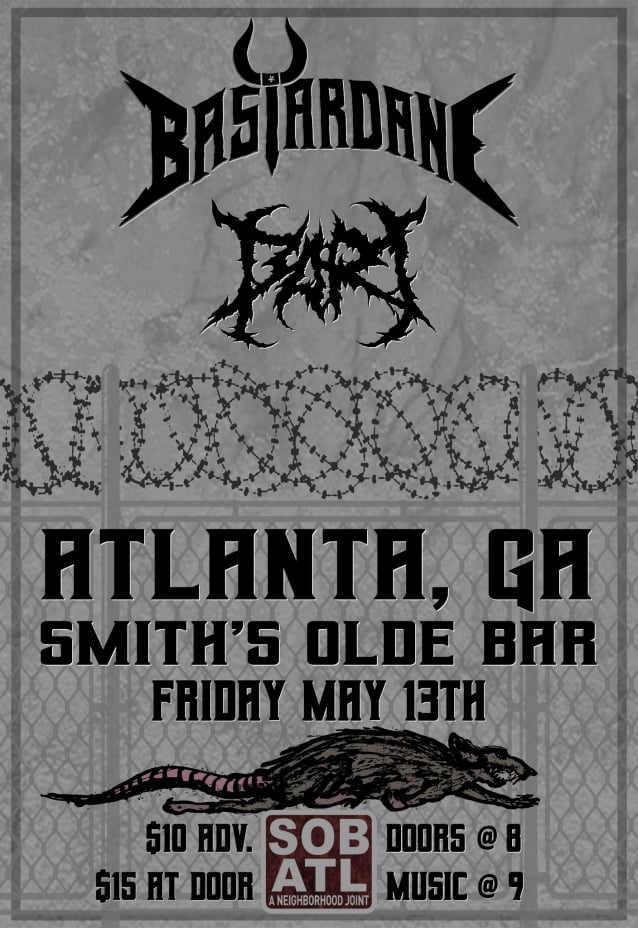