BATTLE BEAST To Release 'Circus Of Doom' Album In January

After re-signing with Nuclear Blast in early 2021, Finnish heavy metal sextet BATTLE BEAST is once again getting ready to unleash its force upon the world in the shape of its brand new masterpiece "Circus Of Doom". The album is set to be released on January 21, 2022 and the first single will arrive on October 22.

"Circus Of Doom" was recorded at JKB Studios in Helsinki, Finland and produced and mixed by keyboardist Janne Björkroth, while the stunning artwork was created by Jan Yrlund.

BATTLE BEAST has also announced the "Circus Of Doom" European tour that will follow the album release in early 2022. Starting in Paris on February 15, the tour will hit 19 cities all over Europe, including three shows in the U.K., before concluding in Stockholm, Sweden on March 12.

The band comments: "The long nightmare is finally behind us and the future's looking bright! We really poured our heart and soul in this album and can't wait to present it to you both on record and live on stage. Damn, how we've missed touring!

"You are all heartily welcome to this feast of joy and horrors — the Circus Of Doom."

Louhimo joined BATTLE BEAST in 2012, with no previous experience as a metal vocalist but quickly acclimated herself as the replacement for Nitte Valo.

BATTLE BEAST's latest album, "No More Hollywood Endings", was released in March 2019. The album was recorded by Janne Björkroth, Viktor Gullichsen and Joona Björkroth at JKB Studio. The production and mixing duties were handled by Janne. The cover artwork was created by Jan Yrlund (KORPIKLAANI, MANOWAR),who previously worked with BATTLE BEAST on 2017's "Bringer Of Pain". 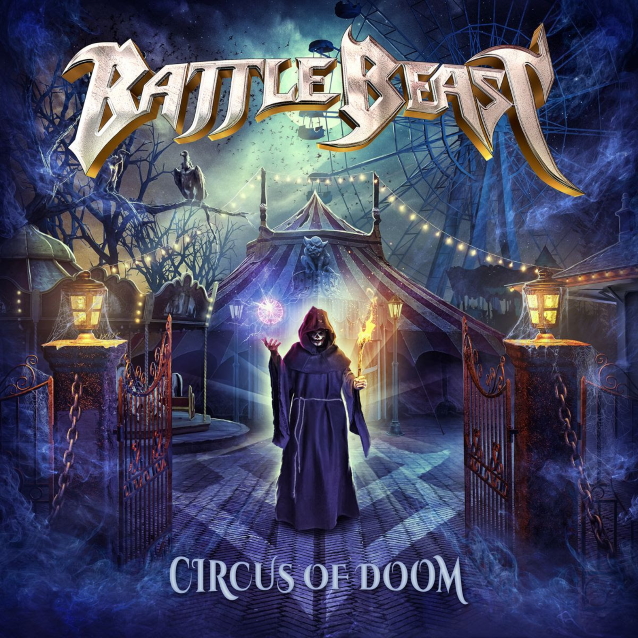 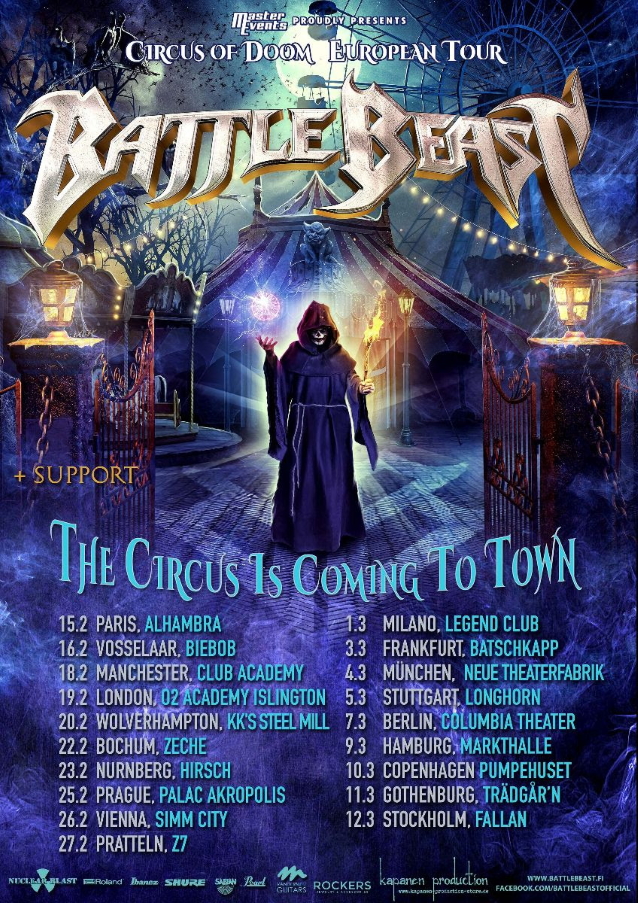