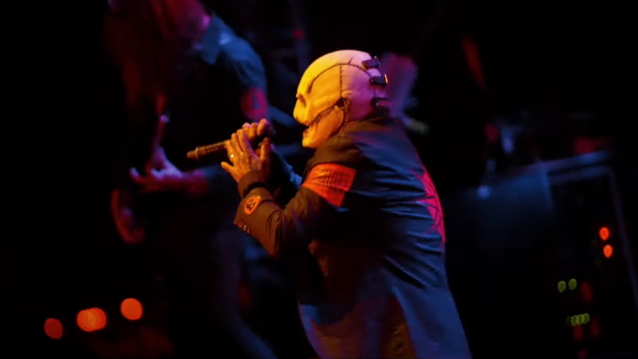 SLIPKNOT's "Psychosocial"has been certified gold in the United Kingdom.

To earn a gold certification for a single in the U.K., SLIPKNOT had to sell 400,000 units of the song.

The platinum, gold and silver certifications awarded by the British Phonographic Industry in recognition of sales milestones have included audio streaming data since June 2015, with 1,000 streams counting as one "sale."

"Psychosocial" is taken from SLIPKNOT's album "All Hope Is Gone", which was certified gold back in September 2008, about a month after the LP's release.

The official video for "Psychosocial" was uploaded to SLIPKNOT's YouTube channel in October 2009 and has been viewed 415 million times.