Polish extreme metallers BEHEMOTH have announced "In Absentia Dei", a groundbreaking immersive livestream spectacular which will broadcast on September 5 from a secret church location in Poland. The event will be streamed in high-definition 4K, with an immersive experience option, allowing viewers to choose from eight different camera angles in the multi-camera shoot or watch the "Director's Cut." Tickets for this theatrical extravaganza are available now at www.behemoth.live. Parts of the performance may offend, so the footage is only recommended for fans 18+.

BEHEMOTH frontman and visionary Adam "Nergal" Darski says: "We bring a new offering for our faithful Legions! You've seen BEHEMOTH in many places across the globe, but never before in the Holy Church. This is a truly innovative event of which the likes have not been seen before. There will be ritual, there will be sacrilege and all from the comfort of your home. A worldwide streamed event for A New Aeon indeed! In Absentia Dei."

BEHEMOTH's latest EP, "A Forest", was released on May 29 via Metal Blade. The EP's title track is a cover of THE CURE classic, and it features a guest appearance by SHINING frontman Niklas Kvarforth. The "A Forest" EP also includes a live version of the title track as well as the two songs from the "I Loved You At Your Darkest" sessions. 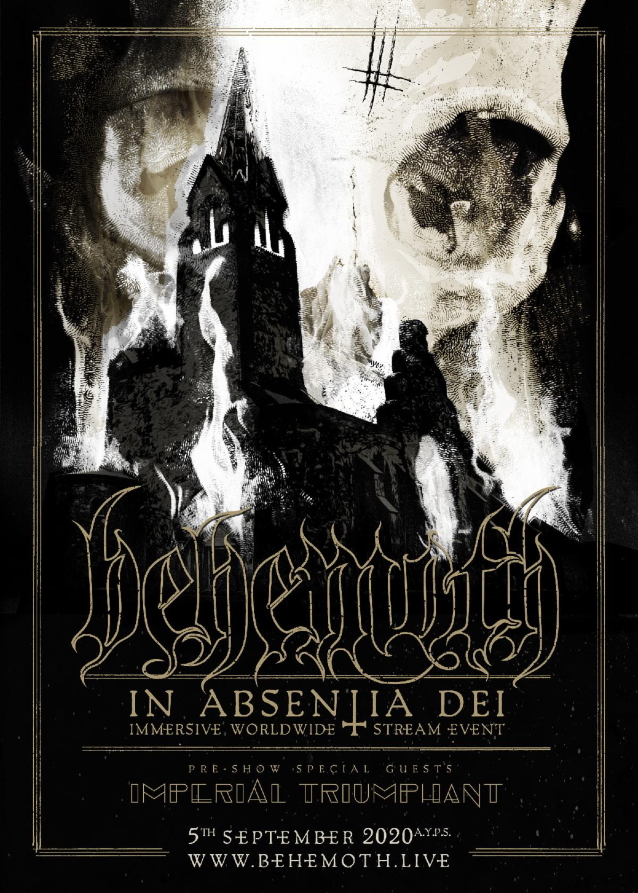