BEHEMOTH Announces Tour Edition Of 'I Loved You At Your Darkest'

The songs recorded for BBC Radio 1 will be released as a digital download on January 10 — ahead of BEHEMOTH's appearance on the SLIPKNOT European tour. This digital EP foreshadows the "I Loved You At Your Darkest Tour Edition".

To highlight the essence of what BEHEMOTH represents on stage, the band has released a video for "Wolves Ov Siberia" from the BBC Radio 1 session. The song recorded for Daniel P. Carter's BBC Radio 1 "Rock Show" is a refreshing look at BEHEMOTH in a more natural setting away from their fire and chaos.

"I Loved You At Your Darkest" marked a milestone in the history of BEHEMOTH, being not only the most successful album of the band but also an audiovisual masterpiece: From its detailed blasphemous artwork to the highly vicious and at the same time deeply emotional tracks, BEHEMOTH once again played with fire. Now, the album comes to new life as a tour edition.

Unlike 2014's "The Satanist", which was primarily recorded in one studio, "I Loved You At Your Darkest" saw its production spread across Poland and the United States. It was produced by the bandmembers themselves, with drum co-production by Daniel Bergstrand (MESHUGGAH, IN FLAMES),mixing by Matt Hyde (SLAYER, CHILDREN OF BODOM) and mastering by Tom Baker (NINE INCH NAILS, MARILYN MANSON). Which is to say nothing of the 17-piece Polish orchestra arranged by Jan Stoklosa and engineered by Tomasz Budkiewicz.

BEHEMOTH frontman Adam "Nergal" Darski told Metalshop TV about the "I Loved You At Your Darkest" album title: "It's very complex, but let's put it this way. This is the eleventh BEHEMOTH album, and due to the fact that Christianity is… One of the biggest dogmas is Ten Commandments. In Christian symbolism and numerology, the number 11 stands for something transgressive and very sacrilegious and very blaspehemous, because it's 11. Because there's 10 commandments, 10 is a number that is completed. So 11 means that it's something that just imbalances the perfection of Christianity. So I [went], 'Okay, if it's our eleventh album, I should go to the source of all evil in the world' — I'm talking about the Bible itself — steal one of its quotes and just turn it upside down and twist it around… I really wanted to have a different title and not repeating the formula that we've repeated for so many albums, that would just end up with very strong one-word statements, like 'The Satanist', 'Evangelion', 'Demigod' and so on. So I just thought it would be good to use the full verse, full sentence. Yeah, I think it's cool."

BEHEMOTH's European tour with SLIPKNOT will kick off in Dublin on January 14. 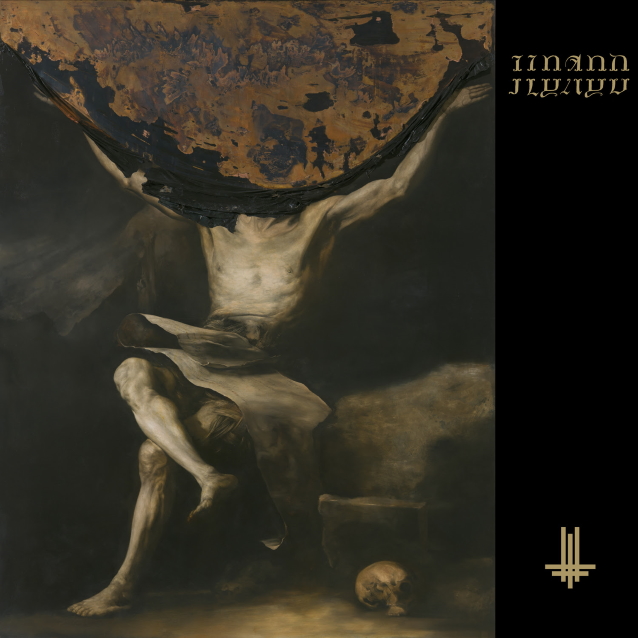