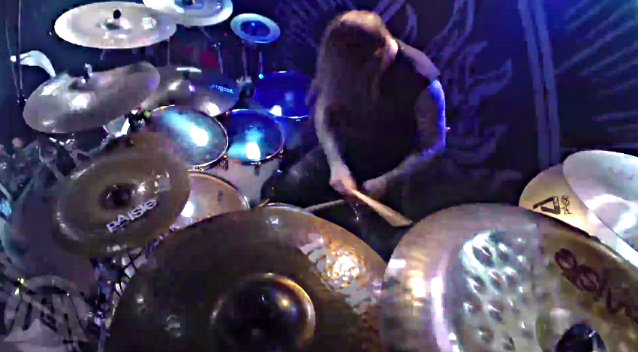 Drum-cam footage of Zbigniew "Inferno" Promiński of Polish etreme metallers BEHEMOTH performing song "Ov The Fire And The Void" on October 8 in Kraków, Poland can be seen below.