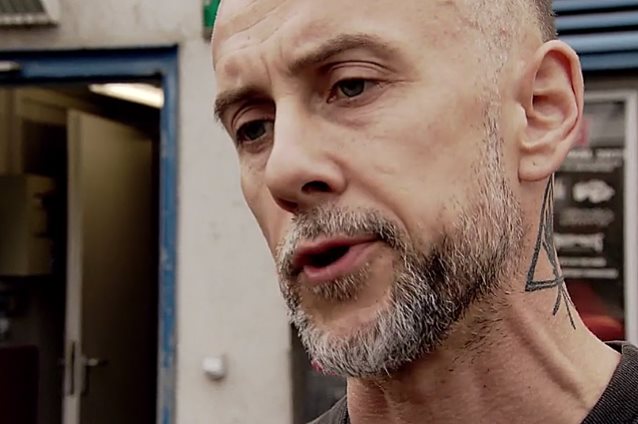 BEHEMOTH Frontman: 'The Civilized World Is At War With Radical Islamists'

BEHEMOTH frontman Adam "Nergal" Darski was forced to miss a performance by one of his favorite artists, RAMMSTEIN, at Germany's Rock Am Ring after police had to evacuate the festival site because of a "potential terrorist threat."

When asked by Conny Schiffbauer of WDR's "Rockpalast" if he is alarmed by increased threat of a terror attack on a rock concert, Nergalsaid: "Well, I don't really see it in these categories. I mean, we're all gonna die sooner or later, and I definitely don't wanna die, so all the prevention is very much needed and I support that. So as much as I'm disappointed that I couldn't see one of my favorite bands, I think all that had to happen happened, and that sucks. But security comes first and health comes first. I mean, this is the times we live in and we have to learn how to deal with that. We should do something about it, you know what I mean? Just use some effective tools to stop that kind of stuff. I don't know… I'm not a politician. I don't know what. But I wish this will stop soon, which is probably just wishful thinking, because we are at war, Europe is at war, the civilized world is at war with radical Islamists, and that's a fact."

Regarding whether he gets inspiration for his lyrics from global terrorism, Nergal said: "Well, it maybe adds — it's an extra brick in this wall called frustration that us artists need to release somehow. So writing helps get some of these emotions out. I cannot really say that particularly the terrorist topic is something that occupies my brain, but it definitely has an influence this way or another."

BEHEMOTH is contuining work on the follow-up to 2014's "The Satanist" album for a tentative fall 2018 release.

The band last year completed a North American tour where the band played "The Satanist" in its entirety.