Polish extreme metallers BEHEMOTH have tapped Colin Richardson (MACHINE HEAD, SLIPKNOT, NAPALM DEATH, CARCASS) to mix their as-yet-untitled album, due out late summer via Metal Blade (USA) and Nuclear Blast (Europe). The CD is now being recorded in Radio Gdansk in Poland with BEHEMOTH, Daniel Bergstrand, and Woytek and Slawek Wieslawscy as producers.

Commented BEHEMOTH mainman Adam "Nergal" Darski: "I'm beyond excited about this new album. It's not just the finest piece of music we've ever made, but it's also the most mature tunes we've created without compromising our sound. I'm stoked about Colin Richardson's involvement in the mix of the record. We've tried to book him for our last album, 'The Apostasy', but due to busy schedule he wasn't available then. His name needs no introduction. I have absolutely no doubts that Colin will deliver and I'm expecting new album to have the sound that's bigger than life!Z"

Commented Colin: "Nergal has sent me three songs which are guitars/bass/drums live from the rehearsal room and the material sounds fantastic already. I am really looking forward to mixing this album. It's going to be great mixing an extreme heavy band again, especially as it's the mighty BEHEMOTH."

Nergal previously stated about the new material, "I must confess that I'm way more excited about this record than I was for 'The Apostasy'. It's probably the whole label situation that we had to deal back then, Inferno's injury that caused crazy deadlines that completely drained the energy out of my system… I even started treating that album as unwanted child. Weird, because from time perspective, it's a great one. This time though everything was planned much in advanced. I found time to live my life, get some energy back, get inspired and so on… When we met in October it was obvious that all of us were really hungry for making new music. It's definitely 100% BEHEMOTH. I would risk saying that we do have our own style but it's still improving, evolving in different directions every time we approach new project. Most of the songs are the really fast, technical and intense, at the same time there's a lot of diversity. There's even a very slow, massive song that's probably the most epic tracks in BEHEMOTH's history. Everything sounds more serious and…dangerous (I love that word, ha ha). There's probably more sinister vibe in our music this time too."

In other news, BEHEMOTH's Orion, Seth and Nergal will take part in a signing session at the ESP booth on April 4 at the Musikmesse Frankfurt 2009 fair in Frankfurt, Germany. The signing will take place at 3:15 p.m.

"Ezkaton", the latest EP from BEHEMOTH, sold around 1,600 copies in the United States in its first week of release, according to Nielsen SoundScan. The CD debuted at No. 26 on the Top New Artist Albums (Heatseekers) chart, which lists the best-selling albums by new and developing artists, defined as those who have never appeared in the Top 100 of The Billboard 200. 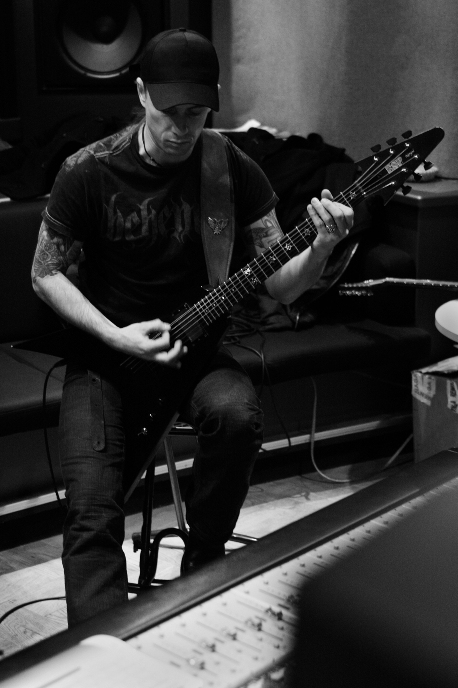