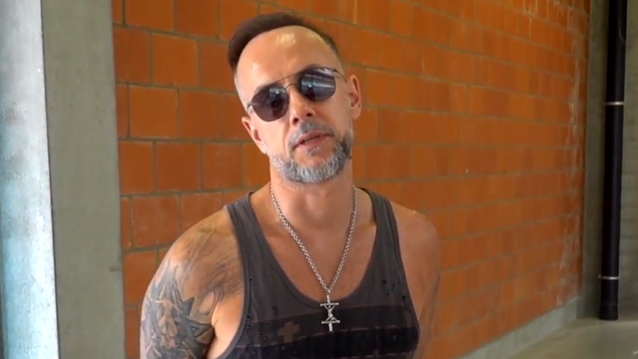 Headbangers Lifestyle conducted an interview with BEHEMOTH frontman Adam "Nergal" Darski at this year's Alcatraz Hard Rock & Metal Festival, which was held earlier this month in Kortrijk, Belgium. You can watch the chat below.

Asked about "God = Dog", the controversial first single and video from BEHEMOTH's upcoming album, "I Loved You At Your Darkest", Nergal said: "Well, it's a very complex process, because it started with us making this photo session that was very religious-inspired — like religious topics, classic paintings from Caravaggio, Memling and others. We are actors in this… Basically, the whole booklet looks like that — it's all paintings, but they are reinterpreted by us. [It's] pretty literal, so if I'm a crucified Jesus, I'm a crucified Jesus; I'm not Jesus with a dick out. It's not obnoxious in any way — it's very literal, it's very direct. And I think it's beautiful; it's aesthetically really stunning. Then we brought elements of that to that video, and we made it what it is."

He continued: "'God = Dog' is… There's some controversy about the title, but what can I say? From simple… Just inverse 'god' and it gives you 'dog,' and that's the simplest way to explain the title, but, obviously, it goes deeper than this. It refers to Aleister Crowley's philosophy, and there's a quote from 'The Book Of The Law' which goes like that: 'Is a God to live in a dog? No! But the highest are of us.' And that's a part of it — it's a section of the song. And then again, go into the lyrics, make up your mind and build your own world there, because I don't wanna fucking spoil it."

"I Loved You At Your Darkest" will be released on October 5 via Nuclear Blast. Nergal and his bandmates — Orion (bass) and Inferno (drums) — have channeled that passion into the disc, which revels in the kind of religious provocation that BEHEMOTH do best.

Unlike "The Satanist", which was primarily recorded in one studio, "I Loved You At Your Darkest" saw its production spread across Poland and the United States. It was produced by the bandmembers themselves, with drum co-production by Daniel Bergstrand (MESHUGGAH, IN FLAMES),mixing by Matt Hyde (SLAYER, CHILDREN OF BODOM) and mastering by Tom Baker (NINE INCH NAILS, MARILYN MANSON). Which is to say nothing of the 17-piece Polish orchestra arranged by Jan Stoklosa and engineered by Tomasz Budkiewicz. 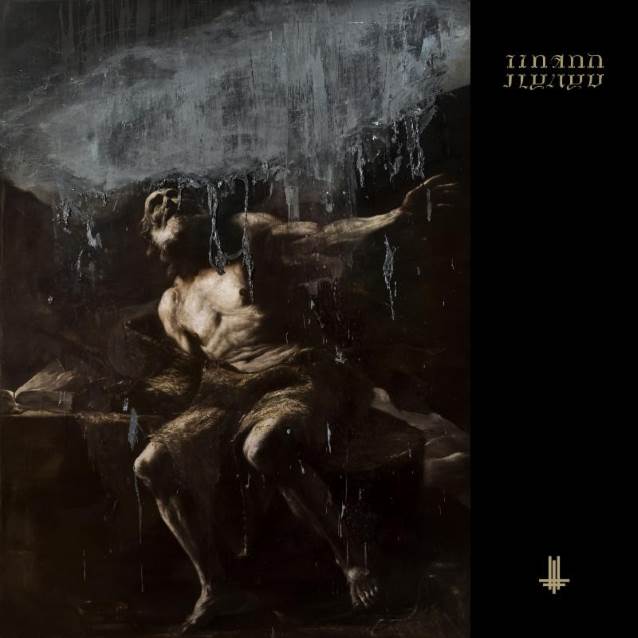 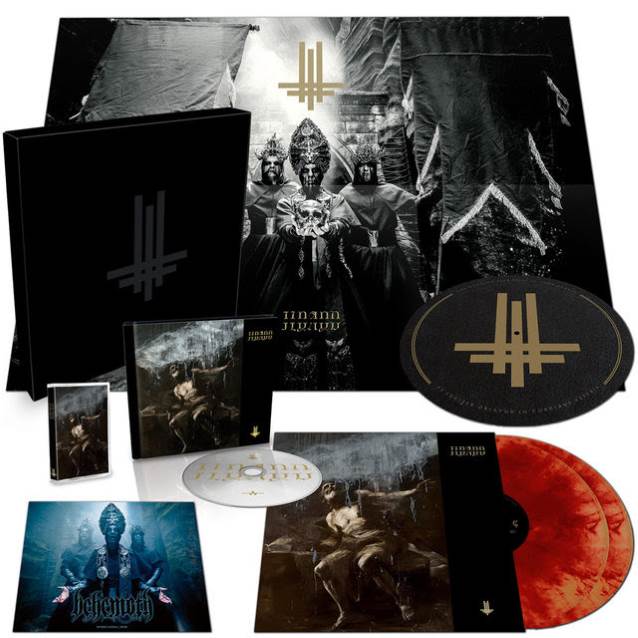