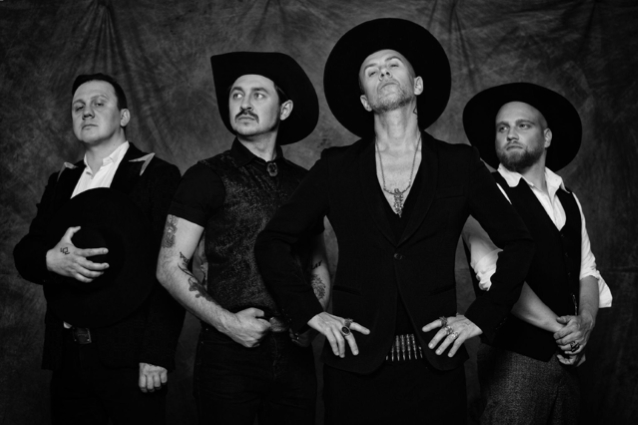 BEHEMOTH's NERGAL Releases ME AND THAT MAN's Music Video For 'Angel Of Light' Feat. MYRKUR

ME AND THAT MAN, the dark folk/blues/Americana-influenced solo project of BEHEMOTH mastermind Adam "Nergal" Darski, will release its third full-length studio album, "New Man, New Songs, Same Shit, Vol. 2", on November 19 via Napalm Records. The official music video for the disc's second single, the soulful blues-rock ballad "Angel Of Light", featuring the compelling voice of Amalie Bruun (MYRKUR),sets another milestone within the scene and follows the millions of streams of Nergal's previous tracks.

Nergal comments: "Behold the 'Angel Of Light'! This song is perhaps the most sinister and dark Americana in our repertoire. Whilst we often offer a little smile and wink with our music, this is pure Luciferian splendour delivered by our very own angel, Amalie from MYRKUR. It's all yours now folks! Enjoy!"

Amalie adds: "I am excited to collaborate with Nergal on this song and video, where I play the role of a woman who's captured by the shadow. She looks for ways out and turns to the 'Angel Of Light' for guidance and comfort." Behemoth’s Nergal Releases ME AND THAT MAN’s Second Single and Official Music Video “Angel Of Light” (ft. Myrkur)

The first track and the official music video, "Got Your Tongue", features Chris Georgiadis (TURBOWOLF) and showcases another facet of his juxtaposed project and fuels the fire for more.

Following the chart-breaking part one of the album, ME AND THAT MAN are now presenting whole new facets: Opening track "Black Hearse Cadillac", featuring the vocals of Hank Von Hell and guitar sorcery by Anders Odden, marks a sinister beginning to this infernal journey through dark desert soundscapes and evil lyricism. Driving "Under The Spell" (featuring Mary Goore) lives up to its title, at times evoking a spaghetti western-esque ambience. Songs like wicked "Witches Don't Fall In Love" (featuring Kristoffer Rygg of ULVER),straight-to-the-head rocking "Blues & Cocaine" (featuring Michale Graves) and mysterious "Goodbye" — with a haunting-yet-powerful vocal attack by Alissa White-Gluz — showcase the record's extensive variety and that there's something unexpected lurking all throughout. This is further evident on songs like the soulful blues-rock ballad "Angel Of Light" featuring the compelling voice of Myrkur, or insanely dynamic, uptempo outburst of "Got Your Tongue" featuring Chris Georgiadis (TURBOWOLF).

After the enticing debut "Songs Of Love And Death" (2017),followed by sophomore release "New Man, New Songs, Same Shit, Vol. 1", its sequel once again mirrors Nergal in a completely different light and provides a tremendous contrast to the extreme metal sounds of BEHEMOTH. 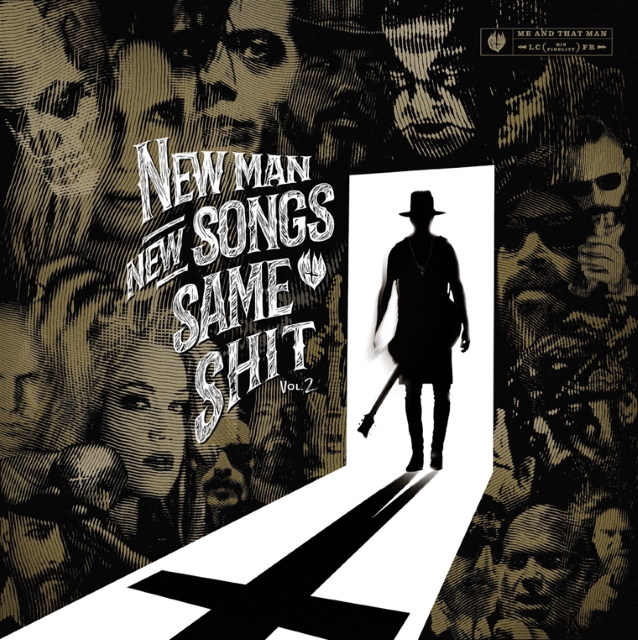