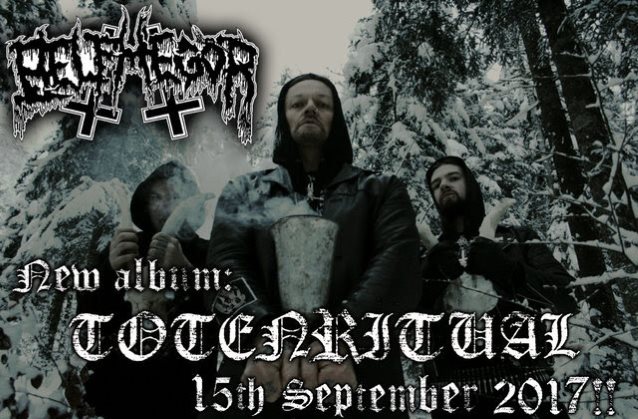 European diabolical death/black metal kings BELPHEGOR have successfully finished the drum tracking and bass recordings for their new sinister masterpiece, due on September 15 via Nuclear Blast. This eleventh full-length album is to be titled "Totenritual" and it will present nine new tracks laced with obscure magick and full of furious brutality. Right after the album's release, Serpenth (bass, grunts], Bloodhammer (drums) and the singer, guitarist and founder Helmuth Lehner will embark on an intensive worldwide touring cycle.

Lehner states: "It is the most brutally heavy offering we have consecrated thus far. The drums are precise and very technical with loads of breaks, fills and tempo changes. The bass is like a panzer tank. Also, the rhythm guitars are completed; utterly aggressive and obscure. You don't hear guitars like that anywhere with such a massively low tuning.

"I'm really proud of all we have tracked so far and created for the new audial hellspawn. An honor — this horror!!"

A clip of BELPHEGOR playing "Totenkult - Exegesis Of Deterioration", recorded live inside their rehearsal bunker, can be seen below. This scorching death/black metal track will be included on the upcoming album. 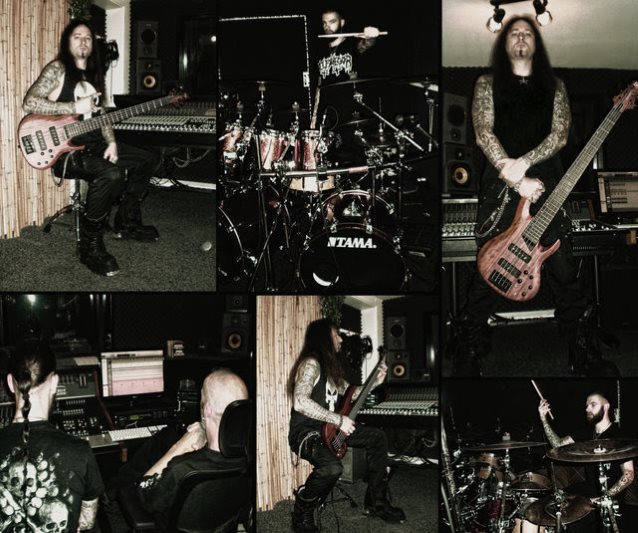