BI*AS, the new band featuring former KORN drummer David Silveria, will embark on its first-ever tour next month. The trek, which will kick off on September 19 in Las Vegas, will also feature NATAS LIVED.

After the tour, BI*AS will immediately hit the studio with producer Chris Collier (PRONG, KXM) to record its debut EP.

"Hesitation" is the first song that Nguyen wrote with the band during its singer auditions. The track is about anxiety and how it can cause a lot of missed opportunities — if you let it. It talks about overcoming the barriers created by anxiety in your mind and pressing on no matter what. "Hesitation" is an anthem of overcoming anxiety and is meant to be a musical affirmation.

Nguyen commented: "This song in terms of sound is the exact middle ground between 'Pity' and 'Change Your Mind'. It has tons of melody and a smidge of aggression musically and vocally. Fans of the other two singles won't be disappointed."

BI*AS made a big splash with its first single, "Pity", which came out in January. The track rapidly reached No. 23 on the Billboard (BDS) Indicator chart and No. 9 on the Foundations (SMR) chart. They have already reached 85,000 streams on Spotify and another 33,000 on YouTube.

As for the name of the band, Silveria said: "We chose BI*AS because everyone has their own opinions and preferences that influence their actions in some way or the other. Whether we know it or not, we all have our own version of bias." Nguyen added: "It's also short and simple." 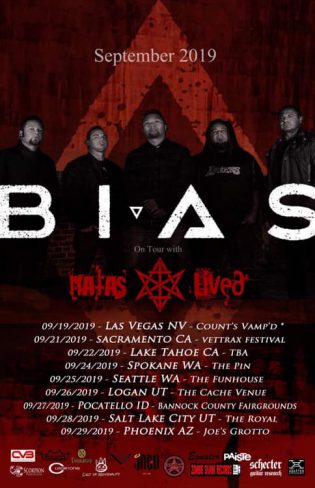