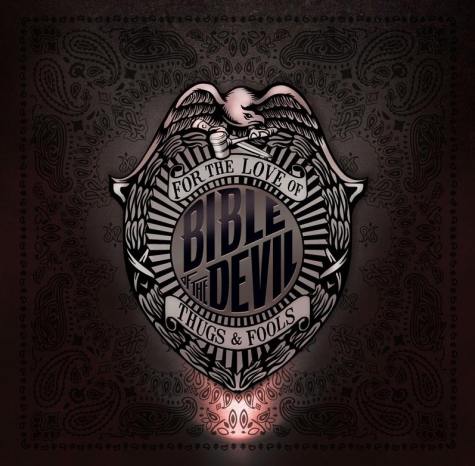 BIBLE OF THE DEVIL: New Song Available For Streaming

"The Parcher", a brand new song from the veteran Chicago rock n' roll band BIBLE OF THE DEVIL, can be streamed below. The song comes off the group's sixth full-length album, "For The Love Of Thugs And Fools", which will be released on May 8 via Cruz Del Sur Music. The CD is described in a press release as "an assembly of raging rock 'n' roll songs that encapsulate the band's saga musically and personally" over the years since the last CD. Returning to Phantom Manor studios in Chicago to work with Mike Lust, who has engineered numerous BIBLE OF THE DEVIL recordings in the past, the band sought to emphasize their trademark bludgeoning two-guitar attack and mammoth hooks with an increased attention to soaring, anthemic vocals.

"For The Love Of Thugs And Fools" is viewed by the band as a document of the many characters they have encountered through the life of the band, whether it be in love, loss, friendship, or hatred.

Having toured extensively throughout the United States and Europe since the band's inception in late 1999 and living in the volatile urban environment Chicago, where encounters with crime, violence, and "street justice" are unavoidable, there has been much subject matter for the band to draw from. Embracing the philosophy that a bottle of whiskey and some loud guitar is often the best cure available for these challenges and ordeals, BIBLE OF THE DEVIL has chosen to document its grievances in the form of one devastating rock n' roll platter. Said singer/guitarist Mark Hoffmann states, "The few years since the last full-length have been like a dare. A dare to create a soaring, punishing rock 'n' roll record of this magnitude. It is a dare that we have been forced to answer ourselves."

"For The Love Of Thugs And Fools" track listing:

With numerous albums and seven-inch singles to their credit, the members of BIBLE OF THE DEVIL have carved themselves quite a niche in the heavy rock underground over the past 13 years as carriers of the flame of classic, loud, hook-filled guitar rock, yet with their own modern interpretation. The band has toured the United States and mainland Europe extensively during this period, and continue to do so in 2012, whether or not Mayan predictions of an apocalypse prove to be true.