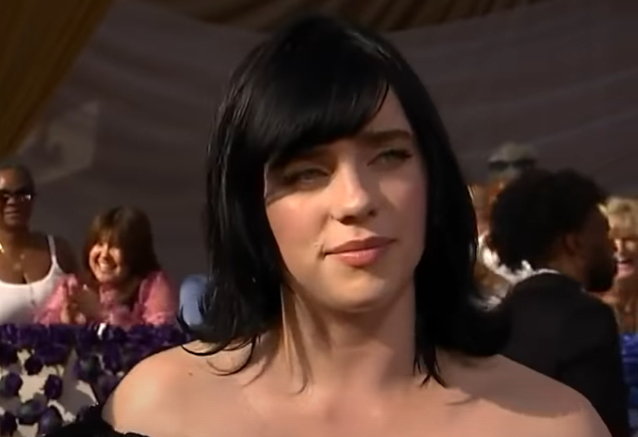 BILLIE EILISH On TAYLOR HAWKINS's Death: 'It Was Incredibly Heartbreaking'

Pop superstar Billie Eilish and her collaborator brother, Finneas O'Connell, discussed the passing of FOO FIGHTERS drummer Taylor Hawkins with Access Hollywood's Scott Evans and Zuri Hall on the red carpet of Sunday's (March 27) 94th annual Oscars ceremony at the Dolby Theatre in Los Angeles. Finneas said: "Taylor was such a legendary player. We were admirers of his work years before we got to meet him. And we only met him a handful of times — I wish we got to spend more time with him — but he couldn't have been a kinder, cooler, more generous person as well. And such a deeply inspiring person. We're just heartbroken." Billie added: "It was incredibly heartbreaking. It was right before we went on stage. And we got the news, and it really, really tore us all apart. It's horribly, horribly tragic."