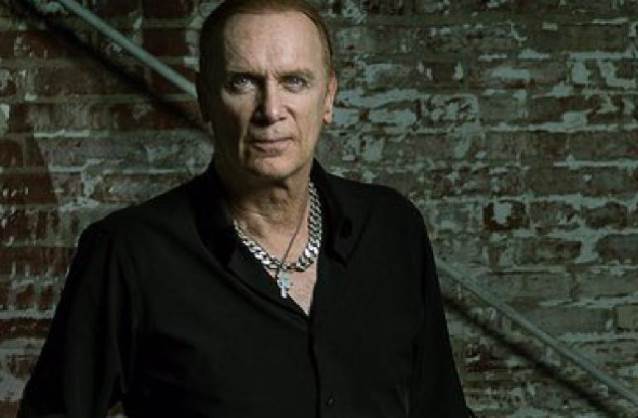 BILLY SHEEHAN On THE WINERY DOGS' Hiatus: 'We Wanted To Give It A Break For A While So It Didn't Get Stale'

Bassist Billy Sheehan (SONS OF APOLLO, THE WINERY DOGS, MR. BIG) was recently interviewed by Steve Harrison of "The Unchained Rock Show". The full conversation can be streamed below. A few excerpts follow (as transcribed by BLABBERMOUTH.NET):

On his recent hectic schedule:

Billy: "I went out with MR. BIG. We did Australia, China, Southeast Asia. I flew from Hong Kong to France to start with SONS OF APOLLO. We've been doing [shows] all over Europe and the U.K. I fly home for a short break; then I do more MR. BIG and more SONS OF APOLLO, then more MR. BIG and SONS OF APOLLO, and then it's Christmas... It's been a grueling schedule, but I can put up with anything, especially if the venues are decent. [With] decent dressing rooms, I could go for years. A good bus, decent venues, I could sail permanently. If conditions are right, I can do anything for as long as necessary, and I love to play live. I live to play live. My whole youth, all I did was play, from about 17 or 18 years old. My original band, TALAS, our record was 21 nights in a row. We did three full shows in one day one time — morning, downtown Buffalo, a special show for some bank opening. Then we went in the afternoon after a Buffalo Bills practice session, we played for the crowd, and that night, we played in Niagara Falls. We did three full shows of setup, play, tear down. That's the work ethic that I'm used to from the early days. I love to play live. [The] studio is cool; writing songs is fun, I guess; but being on deck — being on stage — that's where it's at."

On continuing to grow and evolve as a musician:

Billy: "Musically, the adventure thankfully never stops. I'm always coming up with some new challenge, new thing. I take my iPhone here and prop it up against the arm of the couch and put it on selfie video and explain to my phone while it's watching me and my hands on the neck, 'Okay, the chorus is like [this], but when it gets to the bridge, it switches to [that].' I've got hundreds of little snippets like that. Every day, I learn some new thing. When I do my bass clinics once in a while, I often say, 'Every single day, I come up with a new thing.' When I speak those words, I think, 'Do I really?' Sure enough, I look at my folder of videos — yeah, I do, as crazy as it seems. As soon as you get to the top of one mountain, you see the next one to climb. It's fantastic. I love learning new stuff. Seeing a great musician on their instrument — even [if] it's not a bass, or it's not rock — is inspiring to me, and I want to take from it, borrow from it, learn from it. It's a fantastic thing."

On being a member of multiple groups:

Billy: "It's kind of the way it is these days. I remember back in the mid-'80s, I forget what band it was, but I had heard that one of the guys in the had a side project. I said, 'Side project? What's that?' Usually, when you'd get in a band, that would be your band forever. That'd be it. Maybe you'd do a jam with somebody here and there. It's not like that as much anymore. There's a lot of things you can do. MR. BIG is kind of my heart and soul; that's the band I had the most success with ever, but we're not a full-time band. You just can't go out and tour nonstop. We're older now; we just don't do that. So I've got all this time, and like I said before, I've got to play live. In the meantime, [I did] THE WINERY DOGS, my favorite band. I love THE WINERY DOGS. Richie [Kotzen] wanted to do some things, and we wanted to give it a break for a while so it didn't get stale, and it would be new to us all the time. We will do more WINERY DOGS for sure. We all love the band. In the meantime, Mike [Portnoy] started this thing... so why not continue them all? The music industry has changed, of course. I like it because it's relying now more on live than anything else. That's great for me, because I do love performing and playing no matter what. But we all get along very well; we all enjoy it; it's an exciting night of hot, sweaty, challenging playing, but entertaining. We're not shoe-gazing and we're not so wrapped up in what's going on on our instruments to not notice there's people standing there."

SONS OF APOLLO continues to tour in support of its debut album, "Psychotic Symphony", which was released last October via InsideOut Music.

THE WINERY DOGS are currently on hiatus, but during an appearance on the "Trunk Nation" satellite radio program earlier this year, Kotzen implied that the group's break will be short lived. "I think we all know at some point that we're all gonna do something together again," he said.