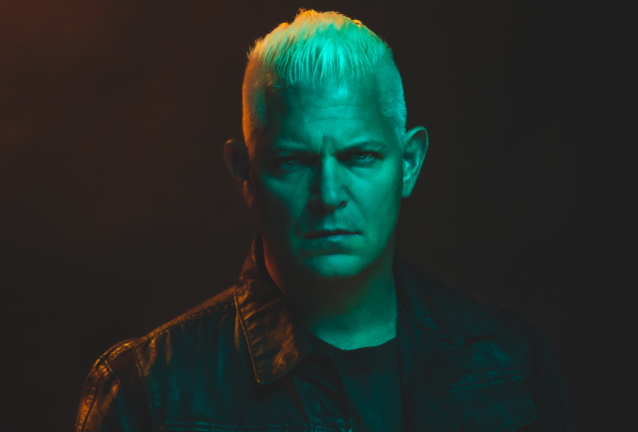 BIOHAZARD's Billy Graziadei will release a new album from his BILLYBIO project, "Leaders And Liars", in 2022 via AFM Records. The official music video for the LP's first single, "One Life To Live", can be seen below. The fast-paced clip, featuring a slew of up-and-coming talent, including Los Angeles tattoo artist Julia Azevedo, was directed by Antoine Combelles.

Combelles states: "We wanted to explore [Billy's] message of 'unapologetically being who you want to be' with a flowing sequence seamlessly linking people together in one place, one energy and suspended in moments no one can take from them." Co-director Vincent Jacob adds: "Billy's music is a reminder that all we have is now. We wanted to capture the urgency of that message but also the positive aspect of it. Yes, the future is uncertain, so why not try to enjoy the ride?"

"One Life To Live", which features Graziadei's longtime friend Toby Morse (H2O, HAZEN STREET),is a call to action. It is an adrenaline-drenched anthem inciting fans to stand up for what is right.

"I love how every generation has their version of YOLO," Graziadei says, "Life is too short to be worried about bullshit. Those, who let the crap out there consume them, get pushed to the grave quicker than everyone else."

BILLYBIO will host a benefit in Los Angeles on Friday, December 17 that is open to the public. Plans to livestream the fundraiser are in the works. Fans can text the word "nowhere" to 877-327-1645 to access event details.

BILLYBIO is raw and gritty in the spirit of classic New York hardcore bands such as AGNOSTIC FRONT, CRO-MAGS and CRUMBSUCKERS. "Leaders And Liars" borrows from the BIOHAZARD legacy in that it also defies being pigeonholed. The album represents Graziadei's love of punk, hardcore and classic metal (BLACK SABBATH, IRON MAIDEN),delivering a 15 song take-no-prisoners aural assault.

Graziadei explains the album title, saying: "We are born into this world as pure souls and then are poisoned by the nefarious darkness that surrounds us. Those who stay the path and navigate the blackness with success become real leaders, the rest rot away as liars and thieves." He adds: "I dedicated this record to a friend from the record label Bauke de Groot (RIP) who helped me a lot when I first joined the AFM family."

Graziadei wrote, performed, recorded and produced all 15 tracks on "Leaders and Liars" in 2020 and 2021 at Firewater Studios in Los Angeles. In addition to recording and producing BIOHAZARD there, he's also had POWERFLO, MADBALL, AGNOSTIC FRONT, DEVILDRIVER in the studio, which he runs full time when not on tour. The record was mixed and mastered by Tue Madsen. Additional musicians performing on the album include Fred Aching Rios (POWERFLO) on drums; Roberto "Ra" Díaz (SUICIDAL TENDENCIES, currently touring with KORN) on bass; Daniele Manca on bass; Dan Palmer (DEATH BY STEREO, ZEBRAHEAD) on guitar; Robbie Davidson (THE EXPLOITED) on guitar. Vocals on "Remission" and "Just In The Sun" by Jennifer Bair with Jay Roth. Toby Morse (H2O, HAZEN STREET) appears on "One Life To Live". Album artwork by Lecru Eyebrows and design by Filipe Horsch. Photos by Alan Vasquez. 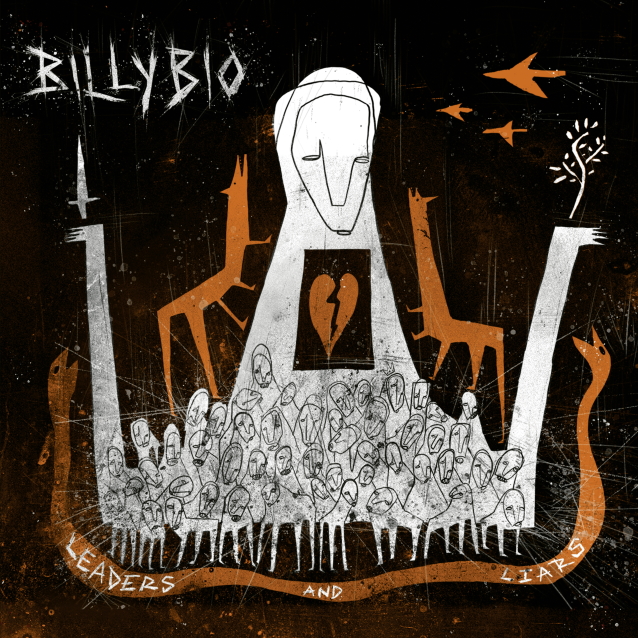