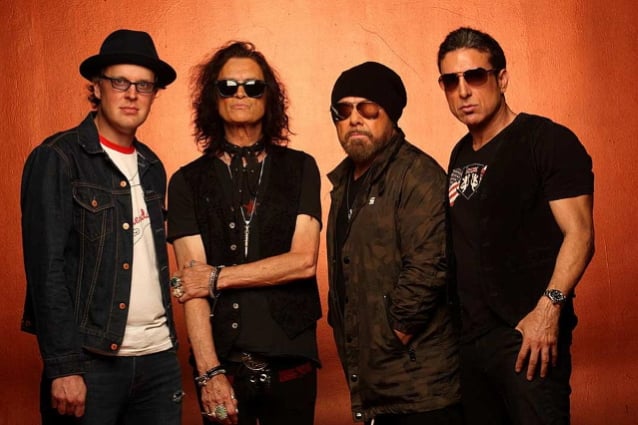 In a new interview with Andy Hall of the Des Moines, Iowa radio station Lazer 103.3, guitarist Joe Bonamassa spoke about the possibility of a fifth studio album with BLACK COUNTRY COMMUNION, the band he formed with vocalist/bassist Glenn Hughes (DEEP PURPLE, THE DEAD DAISIES),drummer Jason Bonham (LED ZEPPELIN) and keyboardist Derek Sherinian (DREAM THEATER, ALICE COOPER, BILLY IDOL). Joe said (as transcribed by BLABBERMOUTH.NET): "We have quite the group chat going right now. So we're gonna start — Glenn and I are gonna start working on writing some songs. We're just gonna get together in October, next month, and we're gonna start. And we're gonna see if we can get everybody's schedule lined up for next year and do another record. 'Cause I really miss those guys. And when we fire on all cylinders, there's nothing better."

Asked what it is about a "band situation" that appeals to him, considering he has spent most of his career as a solo artist, Joe said: "I like nothing more than to be a member of a band and playing guitar. I don't have to front it; I don't have to sing all the time. And it's a lot less pressure than being the front person. Being the person in front is a special skillset. You have to be an entertainer. You can't just sit up there and stare at your guitar and go, 'Wow. Look, I can play guitar pretty good.' That's not gonna fill the theater. You have to put on a show. And to put on a show requires being an entertainer. So being in a band, the sum of the parts is greater than the single entity. So this thing where Glenn co-fronts BLACK COUNTRY COMMUNION, I can just sit back and play rhythm guitar and watch him do his thing. He's a legend. And then conversely, Glenn doesn't have to sing all night; I'll sing three or four [songs]. So we kind of spread out the whole workload a little bit."

In a 2017 interview, Hughes talked about the chemistry between the BLACK COUNTRY COMMUNION members, especially since all the musicians have had successful careers prior to launching the group.

"This band was meant to be," Glenn said. "It was formed out of a friendship with Joe and I. We got the [other] guys to come in, and it's always been a strong brotherhood. And we're just very lucky and fortunate to have met. I've known Jason since he was [a kid]. I just think that these four guys in this band are the right guys to play in the band." 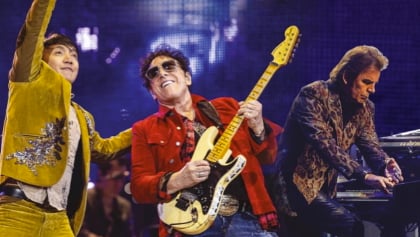