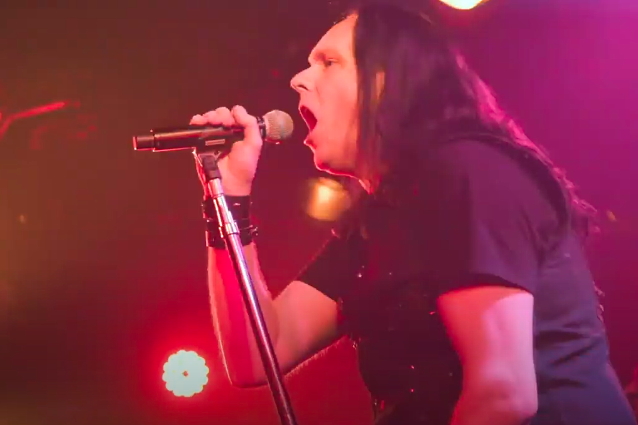 Professionally filmed video footage of BLACK EARTH — the project featuring former and current members of ARCH ENEMY — performing the song "The Immortal" on May 23, 2019 in Tokyo, Japan can be seen below.

Last year, BLACK EARTH released "Path Of The Immortal", a collection of remastered tracks from ARCH ENEMY's first three albums. The disc, which was made available exclusively in Japan in March 2019, includes two brand new songs, "Burn On The Flame" and "Life Infernal", which were recorded at the end of 2018 at Sweden's Studio Fredman with producer Fredrik Nordström.

Speaking to Japan's "Masa Ito's Rock TV" in February, ARCH ENEMY guitarist and main songwriter Michael Amott explained how the new music came about. "Together with Trooper Entertainment, we've put together a compilation of our favorite tracks from the first, second and third album that featured these guys — with Johan [Liiva on vocals] and Chris [Amott on guitar] and everything," he said. "And we've put together a compilation album of that '90s material. It's been remastered here in Japan, and it sounds incredible. It really brought the old tracks… it gave them a new life. And then we actually recorded two new songs in Sweden."

BLACK EARTH completed its first Japanese tour in May 2016 and returned to Japan in May 2019 to celebrate the 20th anniversary of "Burning Bridges".

"When we did the tour in 2016, the reaction was incredible — we had so many sold-out shows, and [we got] very, very strong feedback and a lot of love from the Japanese audience," Michael told "Masa Ito's Rock TV". "So that was really an incredible time for us and a wonderful experience — one of the highlights of my career, I think. So we decided to come back and do it again three years later."