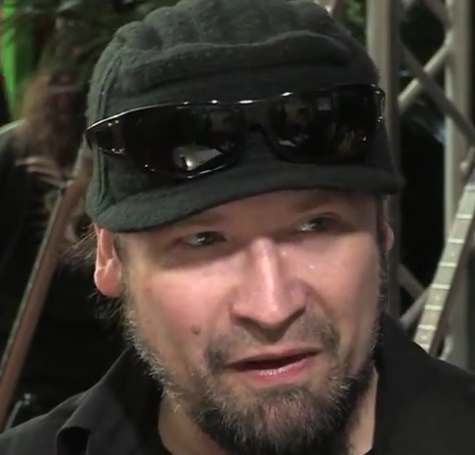 Episode 10 of the "Signal To Noise" podcast features an interview with Nick Catanese of BLACK LABEL SOCIETY. Nick talks about his trip to the Revolver Golden Gods awards as well as his new signature Paul Reed Smith guitar. Nick also discusses BLACK LABEL's upcoming European tour and what it takes to stay on his "A" game. You can now listen to the podcast using the audio player below.

"Signal To Noise" is a blog and podcast dedicated to guitars and other gear behind the music we all love.

BLACK LABEL SOCIETY's "The Song Remains Not The Same" sold around 12,000 copies in the United States in its first week of release to land at position No. 41 on The Billboard 200 chart. Released in May 2011 via Entertainment One Music, the offering features unplugged versions of material from BLACK LABEL SOCIETY's latest album, "Order Of The Black", as well as additional material recorded during the "Order Of The Black" sessions. "The Song Remains Not The Same" was conceived, created and compiled by BLS mainman Zakk Wylde himself and the title is, of course, a nod to one of Wylde's favorite bands, LED ZEPPELIN.

"Order Of The Black" was released in North America in August 2010 via E1 Music. The CD featured four unique covers designed by Zakk Wylde himself — one for each territory: North America, Europe, Asia and Australia/New Zealand.