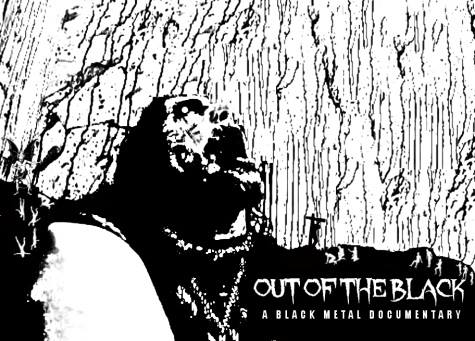 Black Metal Documentary 'Out Of The Black' Released Via YouTube

The long-awaited and -overdue black metal documentary entitled "Out Of The Black - A Black Metal Documentary" has been released for free via YouTube.

Executive director William Shackleford said: "This film has been one hell of a journey — a lot of money, pain, intrigue and on and on and on. So thank God it's finally released.

"I think we made a good film. We wanted to stay true to the art, and as you know, that's very hard to accomplish in this materialistic world, but we did it anyway.

"I have to thank really one person: artistic director Stefan Rydehed from Sweden. Without that guy, we would have nothing. A true talent."

Rydehed said: "I think we made a good film. We accomplished what we wanted to accomplish. We did not want to follow a trend that is so common within black metal documentaries, the church burnings, all this stuff. We wanted to examine the music, social a religious aspects of the art and we did that."

The film can be viewed ad-free below.