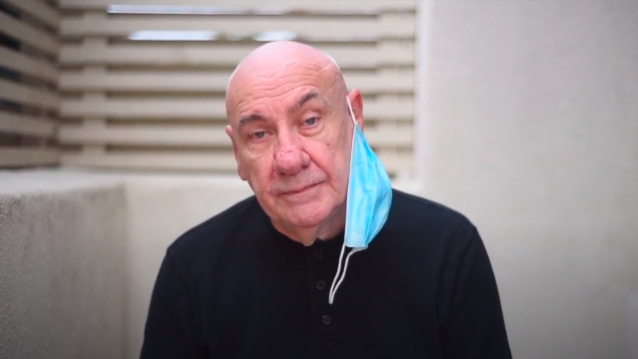 On Tuesday (September 1),Ward shared a lyric video for "Bombers (The Remake)" and included a one-minute clip in which he revealed all the musicians who were involved in the song's recording process.

Ward was on board for the SABBATH reunion when it was first announced nearly nine eight years ago, but backed out soon after. The drummer later claimed that he sat out the recording and touring sessions because of unfair contractual terms, although the members of SABBATH have hinted in other interviews that he wasn't physically up to the task.

All four original members of SABBATH were present when the band announced its reunion in late 2011. But Ward split from the group in 2012, citing an "unsignable" contract, and Osbourne, guitarist Tony Iommi and bassist Geezer Butler carried on with their Rick Rubin–produced "13" LP and extensive international touring without him.