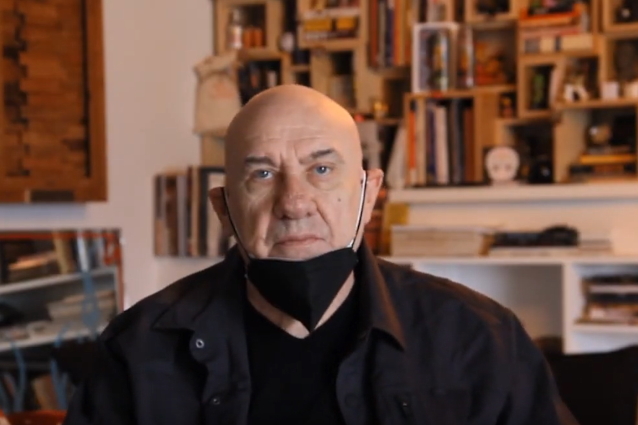 A gripping and multi-faceted work crafted during an unprecedented year, "Lays The Burden, Dead" is more than a massive offering of visual art. It is a unique and highly limited package that features a complementary poem printed on an archival paper stock complete with the SceneFour chop. All canvases are numbered and individually signed by Ward. Each ships with a certificate of authenticity. Only 50 are available worldwide.

In the video below, Ward breaks down the mean behind the work, and reviews the poem line by line in an informative way.