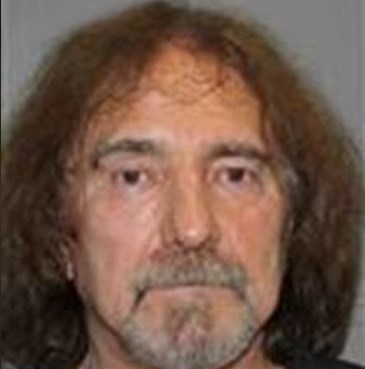 According to TMZ.com, BLACK SABBATH bassist Geezer Butler was arrested last night (January 27) following an altercation at the Corkscrew Saloon on the Furnace Creek Ranch in Death Valley, California.

The 65-year-old musician was booked at the Inyo County Jail under this full name of Terence Michael Butler. He was charged with misdemeanor assault, public intoxication and vandalism and has since been released "after detox and citation," the Inyo County Sheriff's Department said in a press release.

"Shortly after midnight on January 27th, Sheriff's Dispatch received a call regarding a verbal and physical altercation that took place at the Corkscrew Saloon located at the Furnace Creek Ranch property in Death Valley National Park.

"After the Inyo County Sheriff's Deputy arrived on scene and interviewed witnesses, it was determined that there had been an argument that escalated into a physical confrontation — resulting in an individual being struck, and a broken window. Terence Michael Butler, a 65-year old man from Beverly Hills, California, was arrested for misdemeanor assault, public intoxication and vandalism.

"Butler was booked into the Inyo County Jail and released after detox and citation."

Geezer's mug shot can be seen above.

SABBATH will issue one final studio CD and tour behind it in 2015, with Ozzy telling Esquire, "The record company wants us to do one more record, and we've decided to do one more tour, and at the end of the tour we just disband and I go back to doing my solo stuff." 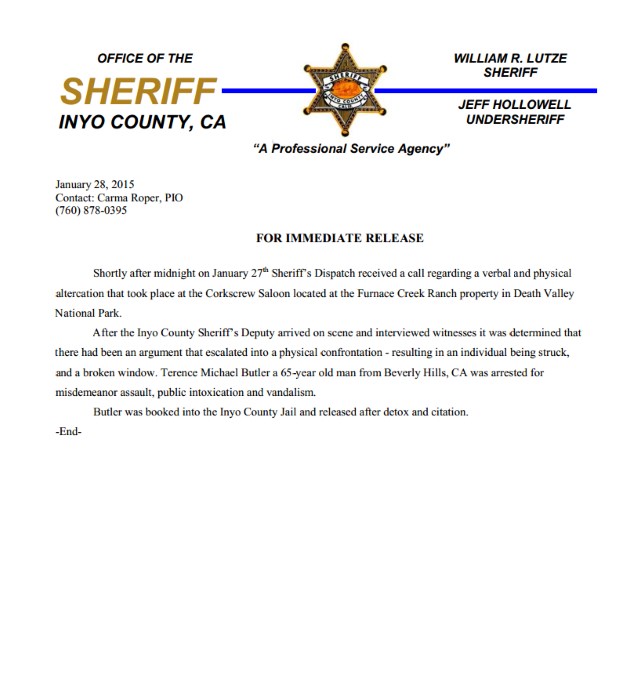