The four-CD box set, which is due on July 30 via BMG, will include his three solo albums — "Plastic Planet", "Black Science" and "Ohmwork" — plus a bonus disc of "rare material," described as a treasure trove of unreleased demos, studio outtakes, single edits and three live tracks captured at the Majestic Theatre, Detroit, Michigan in February 1996, alongside the song "Beach Skeleton", only previously heard on the Japanese edition of "Black Science". An additional standalone collection, "The Very Best Of Geezer Butler", will be made available on the same day. It cherry-picks seventeen choice cuts from the box set by Geezer himself.

1995 saw the release of Geezer's first solo album, "Plastic Planet", followed in 1997 by "Black Science", with "Ohmwork" completing the trilogy in 2005. All three albums are now being made available for the first time ever on vinyl, with both CD and LP using newly updated cover artwork and all will be available via BMG on October 30.

"Plastic Planet" was originally released under the name G/Z/R and featured Burton C. Bell of Californian industrial/groove metal pioneers FEAR FACTORY on vocals and is considered a classic of '90s metal. The album perfectly melded Geezer's roots in doomy blues rock to the industrial influenced metal sound that was a key element in pushing the genre forward in the nineties.

Alongside Bell for this recording was a long-time collaborator of Geezer's, Peter Howse (nicknamed "Pedro" by Butler, from a character in the TV show "Four Feather Falls"). Howse was a founding member of the GEEZER BUTLER BAND in 1985, and has written and played in all versions of GZR/GEEZER. Drums were handled by Deen Castronovo, providing the pounding rhythms that propel the heavy grooves and mechanical metallic edge on "Plastic Planet". Lyrically, Butler channelled technological, sci-fi and dystopian subjects mixed with the social issues tackled on "Drive Boy, Shooting" and "The Invisible", themes that perfectly matched the then futuristic sounds within.

Returning in 1997 with "Black Science" and originally released this time under the name GEEZER, this album saw Butler once again working with drummer Deen Castronovo and guitarist Pedro Howse, and like "Plastic Planet", was produced by Butler and Paul Northfield (RUSH, ALICE COOPER, SUICIDAL TENDENCIES, DREAM THEATER). Bell was unable to provide vocals this time due to commitments with FEAR FACTORY, but his industrial boots were more than adequality filled by the then completely unknown Clark Brown who stepped up to the plate and delivered an impressively powerful vocal performance over the album's high-energy and heavy power grooves.

It wouldn't be until 2005 that Geezer would get the chance to continue his solo explorations, having returned to SABBATH for the 1997 edition of Ozzfest, remaining in the band ever since, but in 2005 he released "Ohmwork", this time under the name GZR. Once again, the recording was undertaken with Clark Brown on vocals and Pedro Howse on guitar, the difference this time being that drum duties were handled by Chad E. Smith (the veteran St. Louis drummer, not the RED HOT CHILI PEPPERS percussionist of the same name).

With "Ohmwork", gone were the industrial metal influences of the previous decade, but Butler still steadfastly refused to hark back to the past and kept everything contemporary, drawing on influences, as a keen follower of music, on everything that was happening in rock at the time. From the pedal to the metal of "Aural Sects" to the epic, neo-psychedelia of "I Believe", "Ohmwork" was a fitting finale to Geezer's solo album trilogy.

Speaking about "Plastic Planet", Geezer said: "I was listening to FEAR FACTORY at the time and liked what Burton was doing – heavy vocals but with melodic choruses when required. So, I asked him if he'd be interested in singing on the album, and he agreed. Importantly, he was great to work with, and had a similar sense of humour to Pedro and me. And didn't sound anything like Ozzy [Osbourne] or Ronnie [James] Dio, which was important to me."

Of the record's follow-up, "Black Science", Geezer said: "I wasn't looking for plaudits. I doubt that many people got any of the lyrical references, and as before, it was just music I enjoyed making. Again, it was a great fun time, writing about personal things, and doing music I loved making with Pedro and Clark in a relaxed atmosphere, without any pressure. Much fun was had."

"Manipulations Of The Mind - The Complete Collection" track listing:

‘Manipulations Of The Mind – The Complete Collection’ assembles the entire solo works of Geezer Butler across 4CDs. Including ‘Plastic Planet’, ‘Black Science’, ‘Ohmwork’ and a bonus CD. 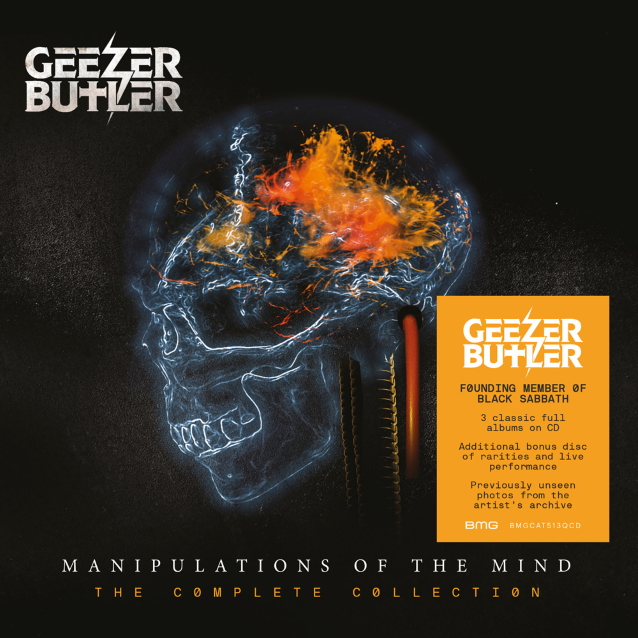 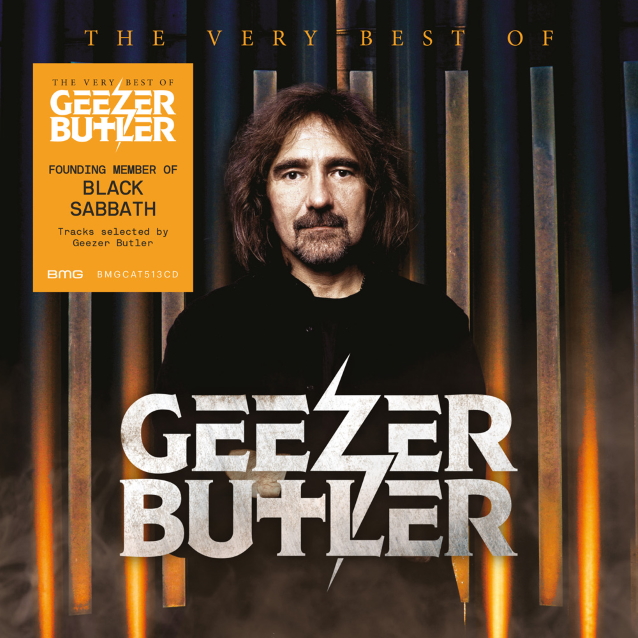 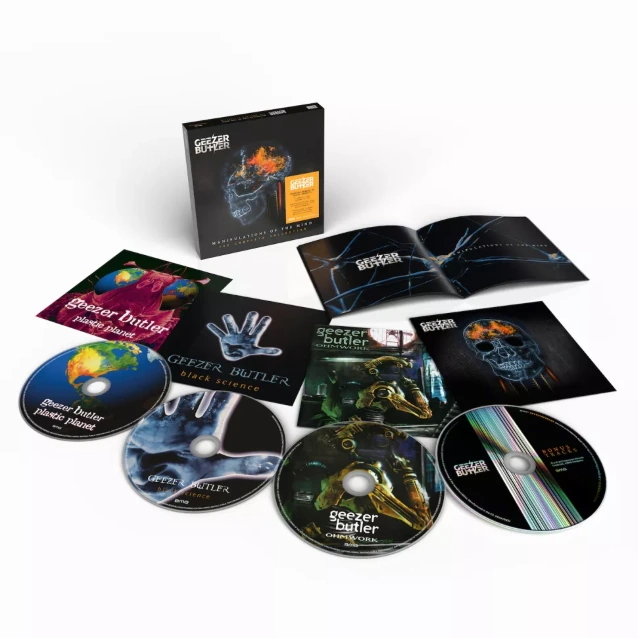