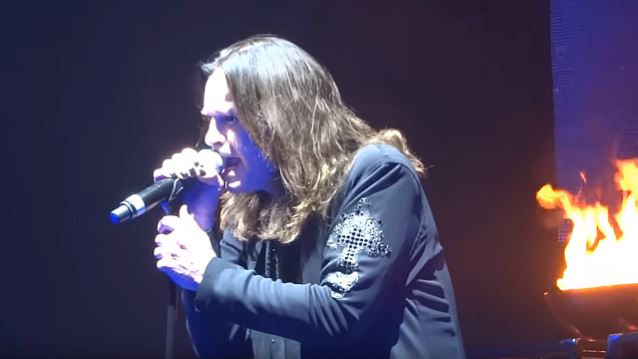 According to Billboard.com, BLACK SABBATH's sold-out February 11 concert at The Forum in Inglewood, California was seen by 14,013 fans, generating $1.2 million in box office revenue and placing the date at No. 1 on the weekly "Hot Tours" list of top-grossing tours. The show was one of only four SABBATH concerts staged on the West Coast during the first leg of the band's "The End" tour.

SABBATH will play dates in Australia and New Zealand later this month, with European festival shows taking place during the summer. The band will then return to North America for its final stint. One of the last dates will be a return trip to L.A. for a performance at the Hollywood Bowl on September 19.

Multi-camera video footage of BLACK SABBATH's February 11 concert at The Forum in Inglewood can be seen below.