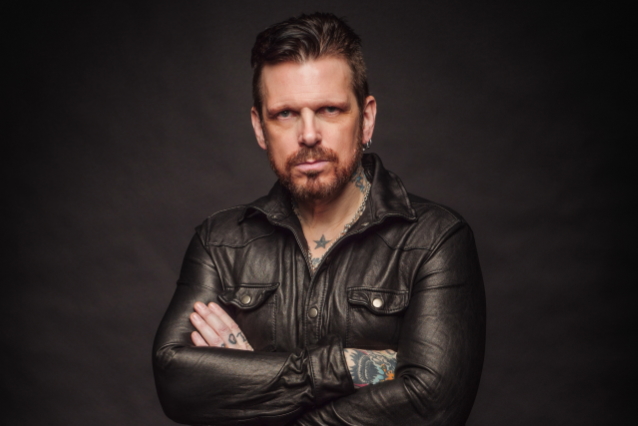 Ricky Warwick has tested positive for COVID-19, the disease caused by the novel coronavirus.

The BLACK STAR RIDERS and THIN LIZZY frontman revealed his diagnosis in an Instagram post earlier today (Thursday, January 6). He wrote: "I have covid.. it sucks !! It would suck a whole lot more if I wasn't vaccinated and boosted !! #covidsucks👎 #ɢᴇᴛᴠᴀᴄᴄɪɴᴀᴛᴇᴅ".

Two years ago, Ricky was diagnosed with pleurisy, a condition in which the linings of the lungs become inflamed.

Born in Newtownards, County Down, Northern Ireland, Ricky now calls Los Angeles home — he's lived there for nearly two decades. Ricky has four kids — his youngest is 13 and his oldest is 24.

In 2019, Warwick signed a worldwide deal with Nuclear Blast for his solo album releases. His latest solo offering, "When Life Was Hard And Fast", came out in February 2021.

The new album will feature a different lineup from the band's previous releases, due to founder and lead guitarist Scott Gorham's decision to step down from all recording and touring commitments with the group.