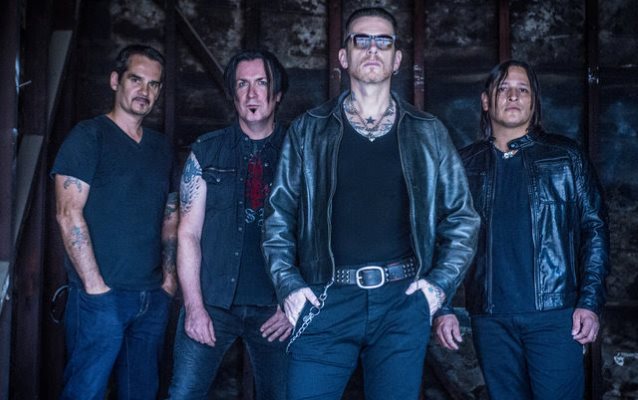 BLACK STAR RIDERS frontman Ricky Warwick will release two new solo albums this month. "When Patsy Cline Was Crazy (And Guy Mitchell Sang The Blues)" and the beautifully acoustic "Hearts On Trees" will be released as a double CD on February 26 via Nuclear Blast Entertainment.

Ricky has released the official video for the next single from the electric album: the catchy anthem "Celebrating Sinking". Check it out below.

Ricky commented on the track: "Andy Cairns from THERAPY? has been one of my closest friends for many years and we have shared some great adventures. We are also both Belfast lads. We had been planning to write a song together for years and this album was the catalyst for that. Andy sent me the title and the chorus and I built the rest of the song around. 'Celebrating Sinking' is about keeping your feet on the ground and not forgetting your roots!"

Ricky has revealed the artwork for the release, with one album — "When Patsy Cline Was Crazy…" — showcasing his electric rock and roll side. The other disc — "Hearts On Trees" — veers towards the more tender stripped-back songwriting, influenced by both Americana and, more importantly, his Northern Irish roots.

Ricky comments: "'Hearts On Trees' and 'When Patsy Cline Was Crazy (And Guy Mitchell Sang The Blues)' were written by myself and my good friend Sam Robinson. Both albums depict our experiences of growing up and coming from the Greater East Belfast area, not only experiences that have happened to us but historical references and stories that have been told to us by friends and family... in saying that both albums translate those experiences on to a global scale that hopefully anyone geographically can relate to."

01. The Road To Damascus Street
02. Celebrating Sinking
03. When Patsy Cline Was Crazy (And Guy Mitchell Sang The Blues)
04. Toffee Town
05. That's Where The Story Ends
06. Johnny Ringo's Last Ride
07. Gold Along The Cariboo
08. The Son Of The Wind
09. If Your Not Gonna Leave Me (I'll Find Someone Who Will)
10. Yesteryear

When the conversation changed to possibly doing some touring to support this release, Ricky was on board. But he wanted to have a full band to bring these great songs to fruition on the stage. So, he contacted some of the amazing musicians he has befriended over the years and virtually overnight THE FIGHTING HEARTS were born. Tapping his old bandmate Gary Sullivan from one of his post-ALMIGHTY bands (SIC) to play the drums was a no-brainer. Gary had recorded all the drums on the "Patsy Cline" record and is an extremely talented musician. Next up was a call to his BLACK STAR RIDERS bandmate bassist Robbie Crane. Robbie was thrilled to be a part of it. Guitarist Mark Gemini Thwaite completed the lineup. Having previously played for such luminaries as THE MISSION and Peter Murphy, Mark added that special something that made the whole band gel.

To kick things off, RICKY WARWICK & THE FIGHTING HEARTS will be supporting Belfast's own favourite sons STIFF LITTLE FINGERS on their U.K. tour in February/March.

Ricky comments: "To be going on tour with STIFF LITTLE FINGERS is a dream come true for me, 'cause they're my childhood heroes, so I just can't wait to get out there." 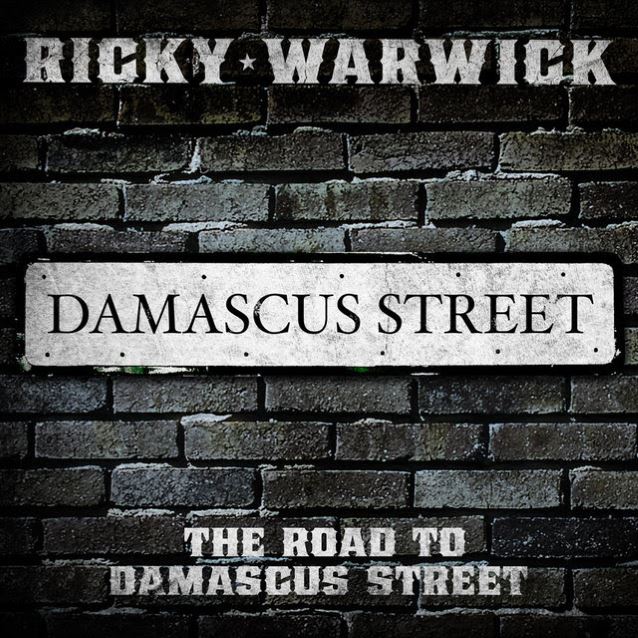 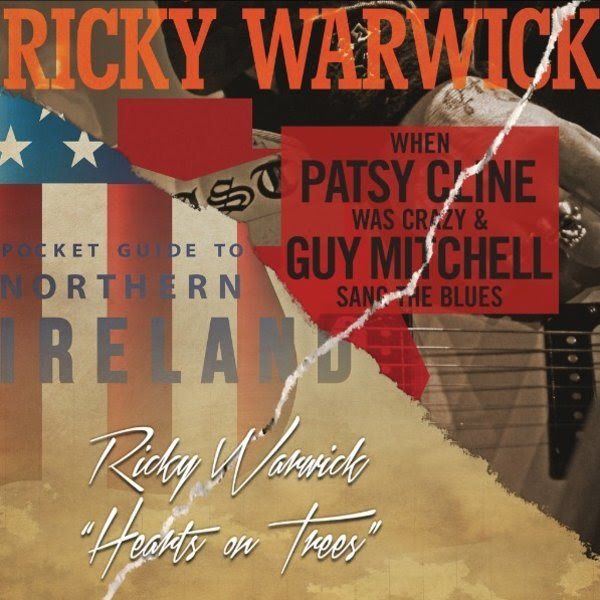