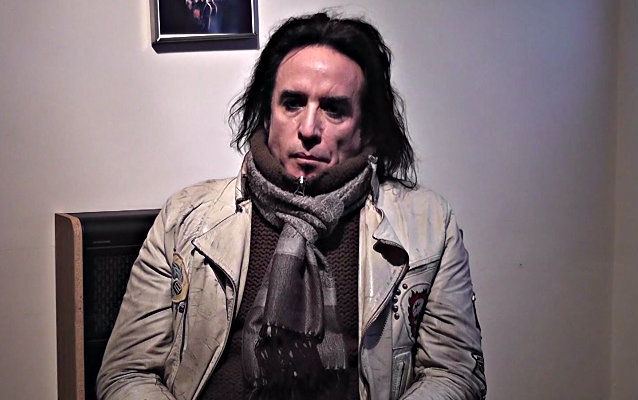 Mick Burgess of Metal Express Radio conducted an interview with BLACK STAR RIDERS bassist Marco Mendoza during the band's recently completed U.K. tour. You can now listen to the chat using the audio player below.

The "All Hell Breaks Loose" artwork features a painting by Gil Elvgren (March 15, 1914 - February 29, 1980), the legendary U.S. painter best known for his work on pin-up girls, advertising and illustration.