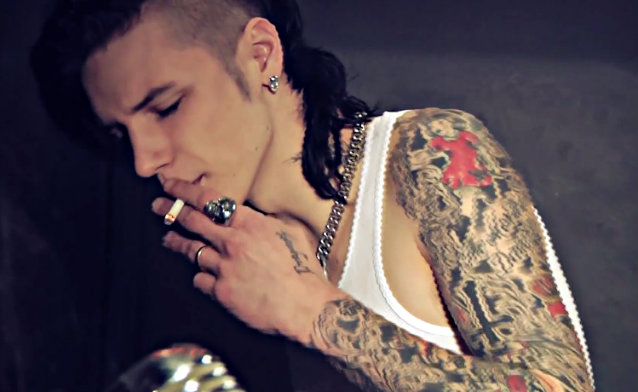 All The Rage TV has posted a one-and-a-half-minute video clip of vocalist Andy Biersack of Los Angeles theatrical rockers BLACK VEIL BRIDES talking about some of his tattoos. Check it out below.