BLACK VEIL BRIDES have announced the addition of bassist Lonny Eagleton to the group's ranks. He joins the band as the replacement for Ashley Purdy, who exited the group earlier in the month.

Eagleton said in a statement: "Thrilled to announce that I am joining BLACK VEIL BRIDES as their new bassist. Having been a longtime dedicated fan of this band, I could not be more grateful for the opportunity to be a part of this new era.

"Before I had any affiliation with the members, I used to fantasize about playing in this band, playing the music, wearing the makeup and stage outfits, so for that to now become my reality is completely surreal. It was only a couple of years ago that I was standing in the audience at their concerts, singing along, trying to catch guitar picks.

"To now see myself in the videos and hear myself on the recordings is a feeling I can't even begin to explain. I look forward to this new beginning as the newest member of BLACK VEIL BRIDES."

In other news, BLACK VEIL BRIDES have released the first in a series of "duologies," essentially two-song singles that will be released with greater frequency. The first duology consists of the songs "The Vengeance" and "Saints Of The Blood".

Biersack told Alternative Press about the new music: "With the feeling of nostalgia on this one, going back into the time when we were doing the rerecord [of 'We Stitch These Wounds'], the idea was to add two songs that felt very much like the band that we were in the past and maybe strayed away from [and] return to that form.

"Quite honestly, when you've been a band as long as we have and put out five full-length records, EPs and everything else, you want to do new stuff. I think this is a model that we're really excited about, and moving forward, it's a sustainable model that we can do, something that allows us to write songs together and release music, do music videos and artwork, bring it to people and say, 'This is the new thing.' And then half a year later, there's another new thing."

Purdy joined BLACK VEIL BRIDES in 2009 and appeared on all five of the band's studio albums.

Earlier this month, BLACK VEIL BRIDES was announced as one of the support acts for IN THIS MOMENT on the spring 2020 "The In-Between Tour".

Biersack released his sophomore album, "The Ghost Of Ohio", in April via Lava/Republic. 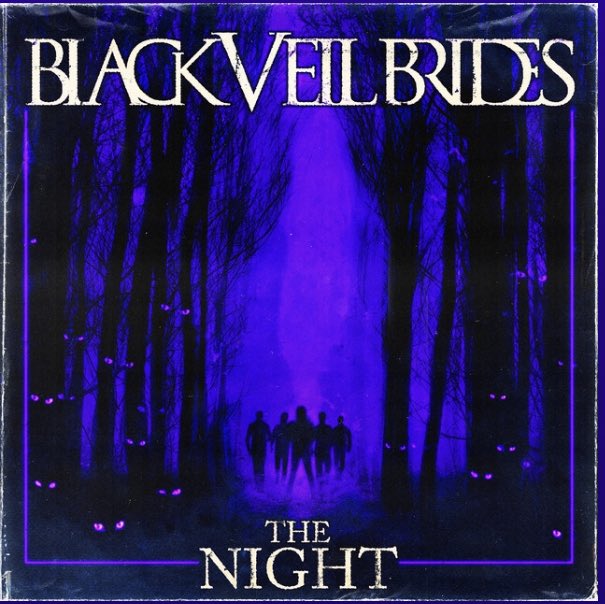