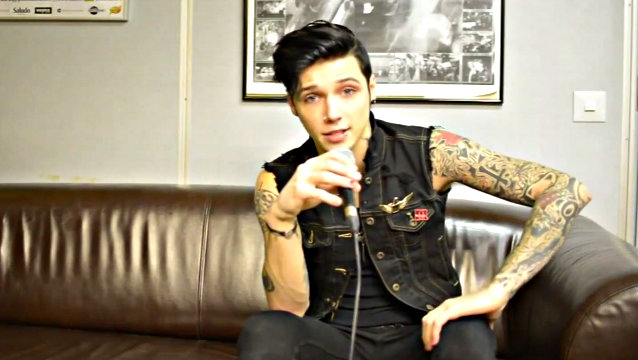 Kaaos TV conducted an interview with vocalist Andy Biersack of Los Angeles theatrical rockers BLACK VEIL BRIDES on November 26 at Nosturi in Helsinki, Finland. You can now watch the chat below.