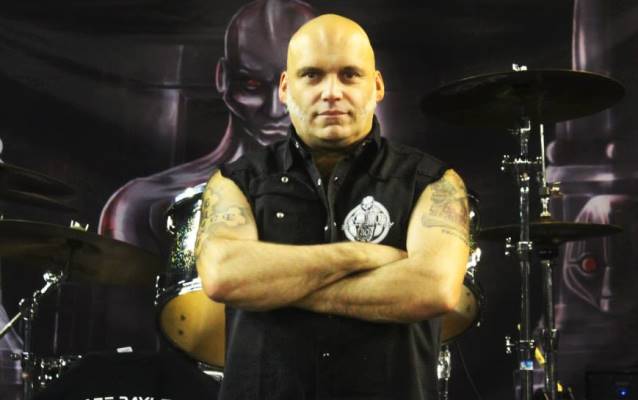 Prior to the start of his 2014 "Soundtracks Of My Life" European tour, British heavy metal singer Blaze Bayley (IRON MAIDEN, WOLFSBANE) and his backing band, consisting of members of ABSOLVA, answered a number of questions submitted by fans via Blaze's web site and Facebook page. Check out the question-and-answer session below.

The "Soundtracks Of My Life" tour will see Blaze play 33 gigs in 40 days in 15 countries, celebrating Blaze's 30 years in the industry.

"Alive In Poland" was recorded in Poland in April 2007 during the 21st edition of Metalmania festival in Katowice, Poland. It features a fantastic, over-one-and-a-half-hour show during which Blaze presented the best tracks from his discography, as well as select tracks from IRON MAIDEN ("Man On The Edge", "Futureal").

Bayley's latest studio album, "The King Of Metal", was released in March 2012. The CD was recorded at Fear Studio in Ravenna, Italy.

The 50-year-old Bayley, who was born in Birmingham, was the original frontman in WOLFSBANE, but left in 1994 to replace Bruce Dickinson as the lead singer of IRON MAIDEN. 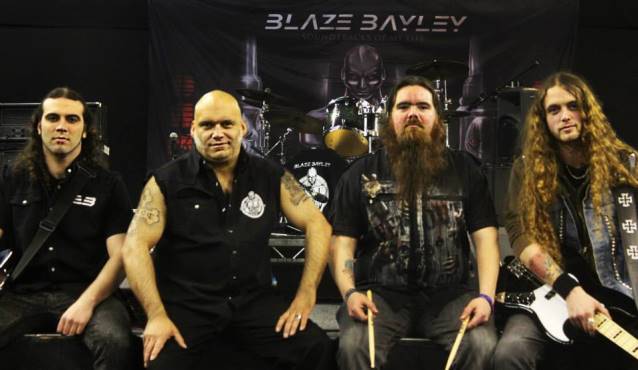