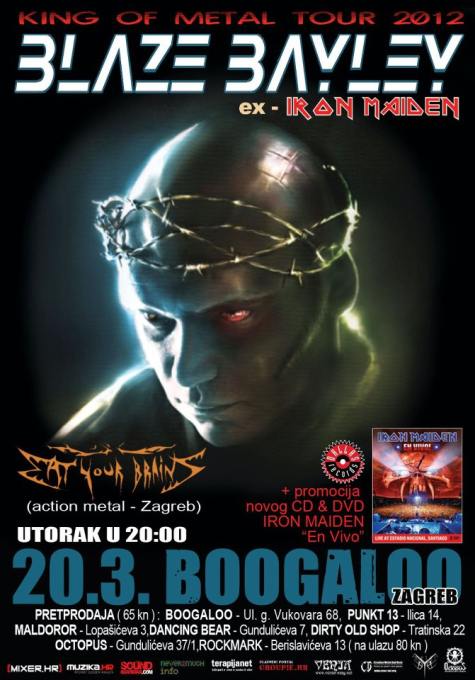 British heavy metal singer Blaze Bayley's (WOLFSBANE, ex-IRON MAIDEN) was interviewed by Branimira Novsak of the "Metal Eye" show on Z1 TV when he performed at Boogaloo in Zagreb, Croatia on March 20. You can now watch the chat below.

Bayley's new studio album, "The King Of Metal", was released earlier this month. The CD was recorded at Fear Studio in Ravenna, Italy.