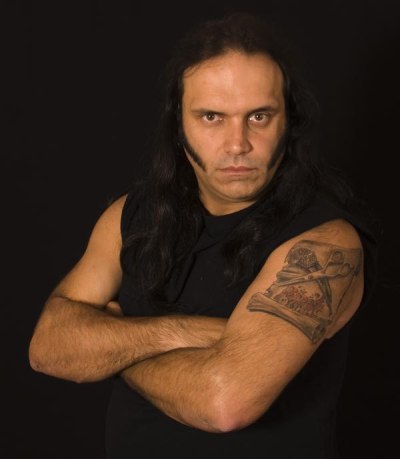 "Dear fans, due to financial and medical reasons, I've been forced to part ways with the [BLAZE BAYLEY] band. I will give a full statement in the next few days about my future plans.

"I hope that all my fans will keep on supporting me in my further projects.

"The English dates will be postponed to December but the festivals in Germany, Sweden, Lithuania and the show in Istanbul will definitely proceed!"

Fan-filmed video footage of Blaze Bayley's September 26, 2010 concert at Snooty Fox in Wakefield, West Yorkshire, England can be viewed below.

Blaze's latest album, "Promise and Terror", was released on February 1, 2010.

The singer's double live album and live DVD, "The Night That Will Not Die" — recorded on December 13, 2008 at Z7 in Pratteln, Switzerland — were released on Blaze Bayley Recordings; the concert was filmed by director Kris McManus and all audio mixed and mastered by producer Jase Edwards.