Quality multi-camera video footage of British heavy metal vocalist Blaze Bayley (IRON MAIDEN, WOLFSBANE) performing the song "Escape Velocity" on August 21 at the Token Lounge in Westland, Michigan can be seen below (video produced by George S Pogacich). The track is taken from his ninth solo album, "Endure And Survive", which was released on March 3 via Blaze Bayley Recording. The disc was recorded at Birmingham, England's Robannas Studios and said to be "an exciting and enthralling sequel" to his 2016 release "Infinite Entanglement", which was the first of a trilogy of releases following a sci-fi concept and storyline.

"Endure And Survive" is accompanied by a world tour totalling more than a hundred shows. Throughout the trek, Blaze is being backed by his main recording and touring musicians, picked from British metal band ABSOLVA and including Chris Appleton (guitar, backing vocals),Martin McNee (drums),Karl Schramm (bass, backing vocals).

The spectacular album artwork was created by Andreas Sandberg, with additional images from Christopher Steenstrup who is also working on a Blaze Bayley video game. 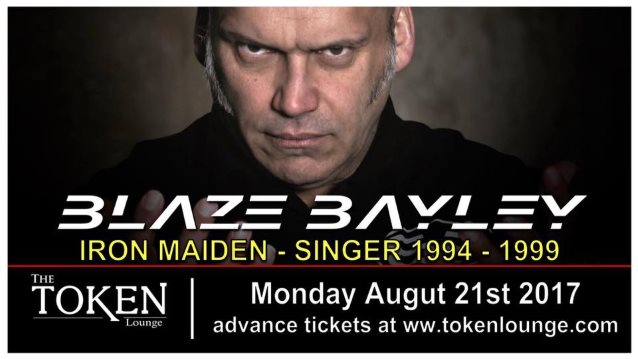