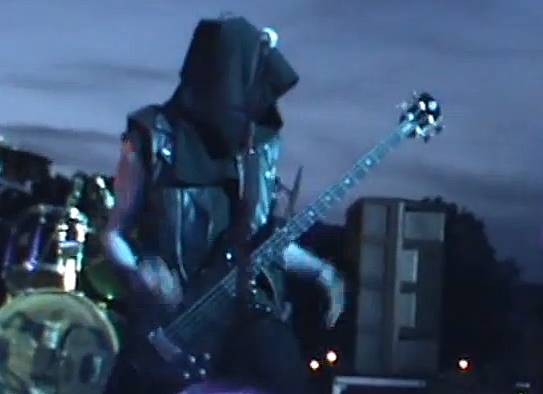 BLAZE OF PERDITION Bassist Killed In Road Accident While On Tour

Bassist Wojciech "Ikaroz" Janus of Polish black metallers BLAZE OF PERDITION was killed this past Saturday in a car accident while the band was on tour in Austria. The group's vocalist Pawel "Sonneillon" Marzec reportedly remains in critical condition. According to local media reports, it is suspected that the incident occurred when the vehicle's 32-year-old driver fell asleep at the wheel.

A statement from Godz Of War Productions regarding the matter reads as follows: "We're devastated to inform that BLAZE OF PERDITION had a terrible accident on November 2nd, around 6:40 a.m., while driving to a show in Austria. Their bass player and bandmate Ikaroz is dead. He was 30. Other members are severely injured, while the vocalist Sonneillon is in coma. All our thoughts are with them."

A post-accident photo of the scene can be found at Noen.at.

BLAZE OF PERDITION's latest release was a split with DEVATHRON.

Find more on Blaze of perdition