The nominees for the inaugural award are:

America's first-ever hard rock and heavy metal music award show, Epiphone Revolver Golden Gods Awards will be broadcast on MTV2 as a one-hour special debuting Saturday, May 2. The ultimate evening of heavy music will also feature a very special DJ set from SLIPKNOT's Corey Taylor to kick off the event. The night will culminate with rock legend Ozzy Osbourne being honored with a Lifetime Achievement Award.

MEGADETH frontman Dave Mustaine commends Revolver on the awards, noting: "Finally a heavy metal award, of the people, by the people, and for the people! This evening's line-up of talent is a heavy metal fan's wet dream! Only Revolver would have the credibility to make our dreams come true with the first annual Golden Gods Awards. To see Ozzy get a lifetime achievement is long overdue. It is an honor to say, 'YES! MEGADETH will headline!' I doubt JETHRO TULL will be getting an award."

Rock fans have the opportunity to experience this incredible night of rock and roll for a low ticket price. A limited number of tickets are now on sale to the public via Ticketmaster.com, select Macy's, all Ritmo Latino stores and 800.745.3000. Tickets for Club Nokia events are also available from 9 a.m. to 5 p.m. Monday-Friday at the Staples Center box office. General admission tickets are $35.00 and VIP tickets are $75.00. 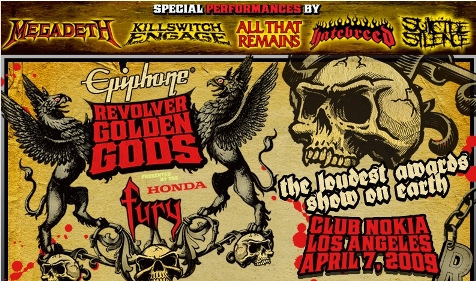 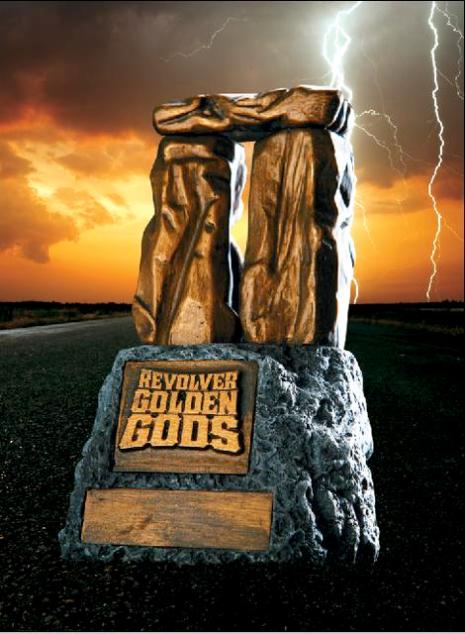