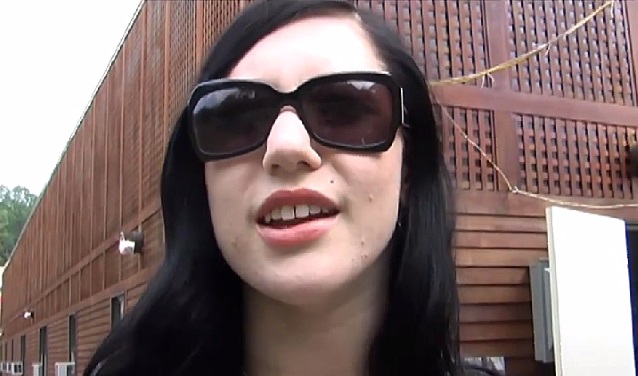 BLEEDING THROUGH's MARTA DEMMEL: 'I Really Would Like To Continue To Make Music'

Keyboardist Marta Demmel of Orange County, California's BLEEDING THROUGH, who announced in 2013 that the band would be coming to an end after a 15-year run, spoke to Ghost Cult magazine about her plans for the future and whether she will ever end up joining another group.

"I'm a full-time step mom," Marta, who is married to MACHINE HEAD guitarist Phil Demmel, explained. "I bartend — it's fun and I enjoy it. Life is pretty easy-going.

"I hope to enjoy making music. I'm not exactly sure what. I haven't been in a hurry to jump into something else. I really would like to continue to make music."

As for the rest of the band, no set plans were announced, but one member has already hit the road with a new project. "Ryan [Wombacher], our bass player, is now with DEVIL YOU KNOW," Marta said. "I'm sure some other dudes with play with some other groups. I'm sure we will keep making music, but not sure what avenue yet."

Regarding BLEEDING THROUGH's decision to call it quits, Marta said: "We started talking about it over a year ago. Maybe a year and a half ago.

"I think it was a lot of circumstances but just not wanting to be part time. Just having BLEEDING THROUGH being full time and full on and not just fade into the sunset… end with a bang."

She added: "I think there were some circumstances — slowing down in general as a band, pursuing other things in life, families, careers, etc. Brandan [Schieppati, vocals] wanted to be fully dedicated to his gym, as well as not doing BLEEDING THROUGH part time. I think he saw it as all or nothing."

"There would be no BLEEDING THROUGH without Brandan or any of us, for the most part. We're so much a family and a unit at this point there would be no moving on with someone else I think."