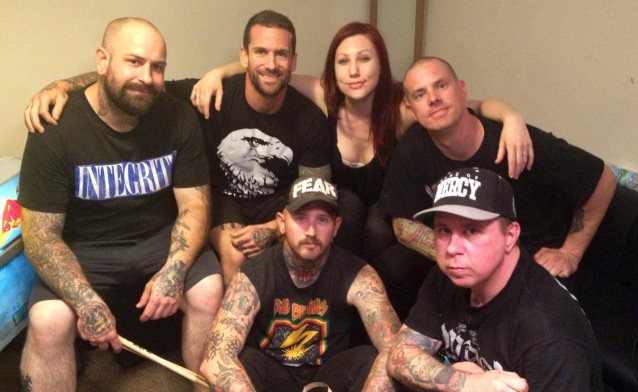 California hardcore/metal outfit BLEEDING THROUGH was involved in a road accident on the way to the final show of the band's U.S. tour with WINDS OF PLAGUE, OCEANO, GIDEON, and SWORN IN.

Says BLEEDING THROUGH in a posting on the band's Facebook page: "Well, boys and girls, this happened again. Good news is no one is hurt and other than a totaled trailer we are fine. We loaded all the gear in the van and are trying to make it to Albuquerque [for the November 23 concert]."

BLEEDING THROUGH plans to hit South America in early 2014 and will conclude its career with a string of West Coast shows.

In a statement to BLABBERMOUTH.NET, BLEEDING THROUGH frontman Brandan Schieppati said about the group's decision to disband: "We have been a band since 1999, and many of us just had life catch up with us in the way of marriages, kids, businesses and other endeavors. We can no longer dedicate what we need to to keep BLEEDING THROUGH going.

"Personally, I feel doing this band in a part-time fashion is not what this band is about and and feel like we have always been an all-or-nothing band. With that being said, and because we have established a worldwide following over the last 14 years, we want to give us and those people one more chance to share in this music together." 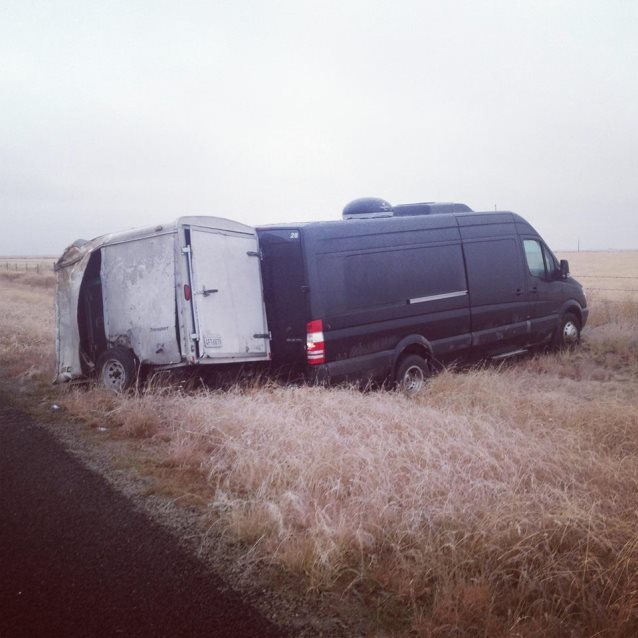