German power metallers BLIND GUARDIAN will celebrate the 30th anniversary of their "Somewhere Far Beyond" album by performing the LP in its entirety on a tour of Germany and Switzerland in the fall of 2021.

The fourth BLIND GUARDIAN studio album epitomized the unbridled sound of speed metal of their founding years combined with middle-earth folk vibes, giving an inkling as to the orchestral storm that was soon to follow; it was a scene-shaping metal classic.

BLIND GUARDIAN's next LP is tentatively due in early 2021. 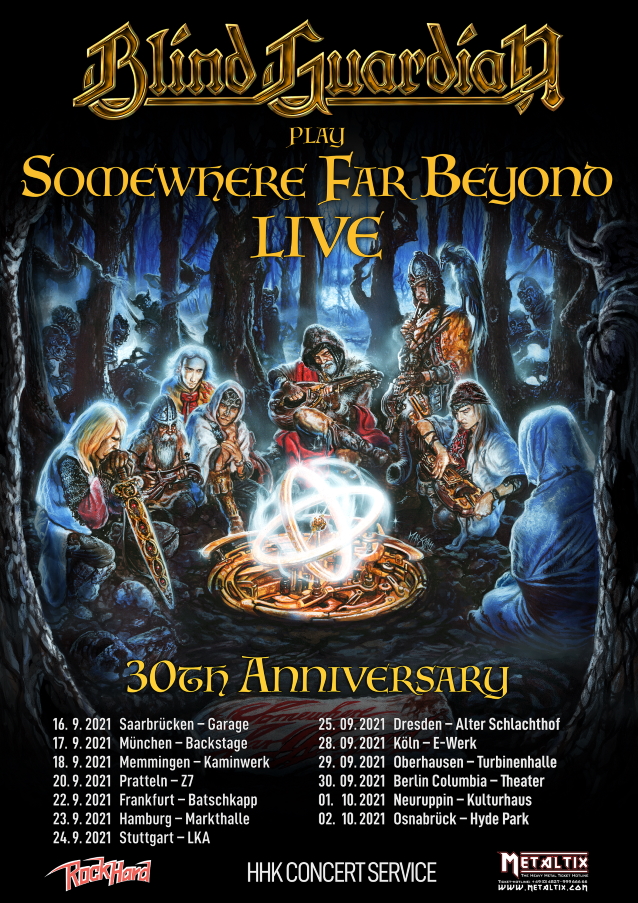