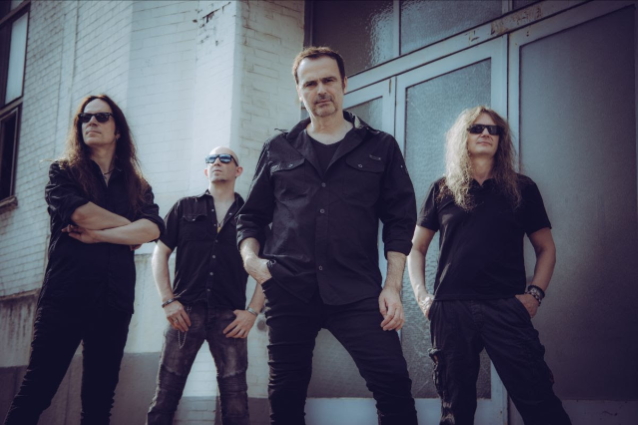 German power metallers BLIND GUARDIAN have released the official music video for their new single, "Deliver Us From Evil". Filmed by Dirk Behlau, the clip is a taste of the band's new album, set to arrive in September 2022 via Nuclear Blast.

BLIND GUARDIAN frontman Hansi Kürsch stated about the new single: "What can I say? We're very happy to be able to offer you a brand new song of our forthcoming album, out in September 2022. The physical single also contains the 2020 Christmas banger 'Merry Xmas Everybody' as well as the Wacken version of 'Violent Shadows' as extra on the CD, to shorten the waiting time until the new album.

"Whether vinyl or CD, I can assure you that this is the perfect accessory for your Christmas tree. The strictly limited vinyl can be played on all working vinyl players and has a perfect sound — in mono and stereo. Be brave and fast and get your copy as soon as possible. Vinyl is a rare resource these days...

"We know that the gap between now and the album release in late 2022 is painfully long. Neither we nor our label could defy the current worldwide economic crisis. A long story short: There is no one to blame for this situation. With 'Deliver Us From Evil', you will get another sweet appetizer of a very intense and vivid album that will hopefully raise your joyful anticipation until our next strike. At least, it would do it for me, but luckily I already know the whole album.

This past July, Kürsch told Rock Hard Greece about the musical direction of BLIND GUARDIAN's new material: "It is by far the most intense album we did in a very, very long time. It is, in every measure, a roller-coaster ride. There is a lot of let-your-hair-down stuff — more than I expected. There are some typical surprising BLIND GUARDIAN elements. 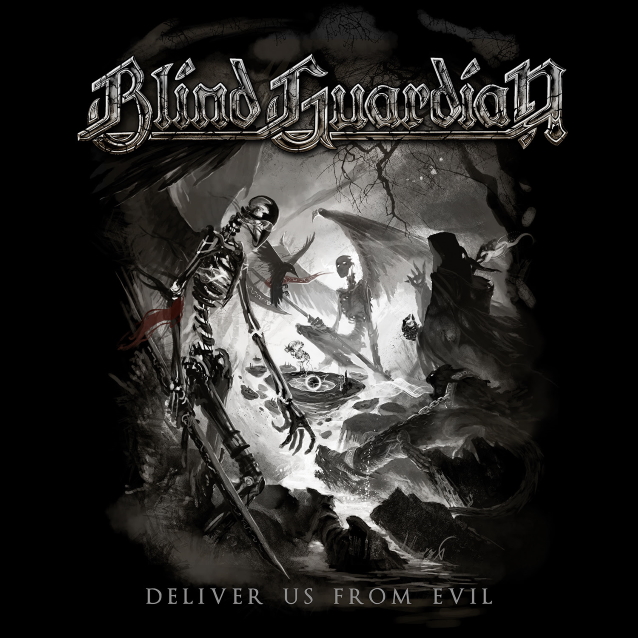