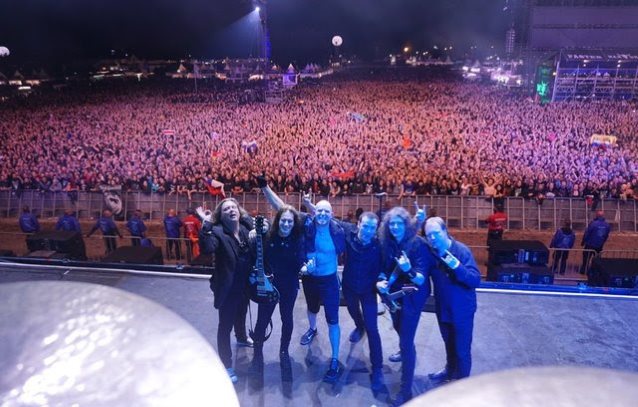 German progressive power metal pioneers BLIND GUARDIAN will release a new concert album titled "Live Beyond The Spheres" on July 7 as a 3-CD and 4-LP box via Nuclear Blast. The set will include material recorded at various shows during the band's European tour in 2015. It will contain old classics, new tracks as well as songs that were very rarely performed during BLIND GUARDIAN's live shows.

BLIND GUARDIAN vocalist Hansi Kürsch speaks about the difficulties to create such an ambitious album: "In general, I would say that we've had a really good run on this tour and that nearly every show was perfect. But at the end of the day, after every bandmember has checked each and every song and concert of those 30 shows again and again. There were only like two or three versions of each song being suitable to be used for an album. We then had to decide between those last remaining versions, which would have been the most impressive one. This was a nearly endless task!"

He continues: "The songs finally chosen reveal such an energy that poissible smaller mistakes appeared to be totally unimportant for the evaluation. As soon as you have listened to the songs, you will know what I mean. They feel alive."

But the end result is well worth the effort. Hansi sums it up: "There is always something happening at each show, let's call it 'magic,' that is giving us all creeps. We are really satisfied when the people sing with us, have a good time and go back home happy."

"Live Beyond The Spheres" track listing: 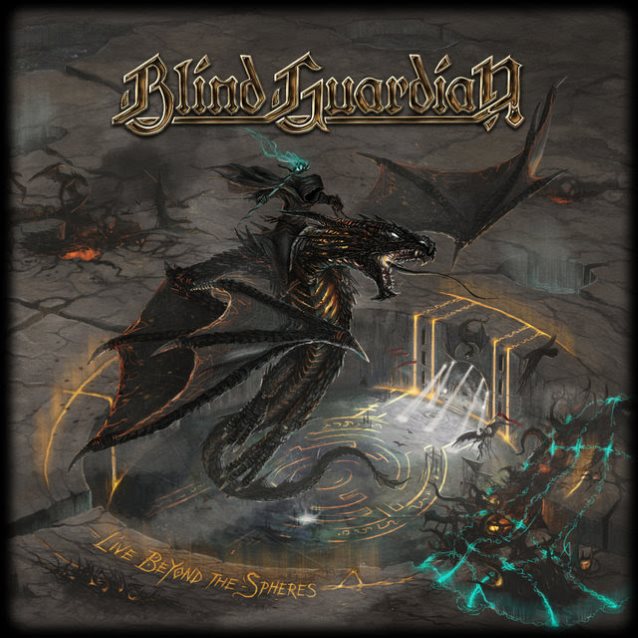