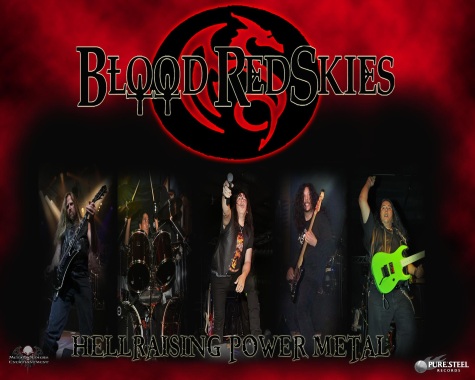 Commented Stixx: "As the BLOOD REDSKIES demo, 'Breaking The Spell', continues to be well received and the debut album being tracked, I felt that having both Dave and Sandy in BLOOD REDSKIES would be a perfect fit for the band, with Sandy's playing intensity and showmanship on bass, as well as Dave's killer playing. I feel that BLOOD REDSKIES can finally press forward with a killer record and great live performances."

BLOOD REDSKIES' music is described in the band's official bio as "a great blend of European and U.S. power metal, with catchy riffs [and] strong vocal melodies . . . in the vein of DIO, TNT, HALFORD, SAXON and PRIMAL FEAR."