BLOOD TSUNAMI, the Oslo, Norway-based thrash metal band featuring drummer Bård G. Eithun (a.k.a. Faust; SCUM, ABORYM, ex-EMPEROR),has posted a new song, "Castle Of Skulls", on the group's MySpace page. The track comes off BLOOD TSUNAMI's sophomore album, "Grand Feast For Vultures", which is scheduled for release in Europe on April 27 and in the U.S. on May 5 via Candlelight/Nocturnal Art Productions. The follow-up to 2007's "Thrash Metal" was recorded at Lion Heart Studios in Oslo and contains material that is "faster, darker and heavier than before," according to the group. "We have even added some slower parts, but still with the melodic twist to it all. We produce[d] the album ourselves but Andre Cosmo Søgnen partly help[ed] us out as a co-producer. Once again, the cover will consist of a painting made by the skilled Alex Horley. BLOOD TSUNAMI are on a mission to reclaim the painting as the cover artwork."

01. Castle Of Skulls
02. Nothing But Contempt
03. Personal Exorcism
04. Laid To Waste
05. Grand Feast For Vultures
06. Horsehead Nebula
07. One Step Closer To The Grave 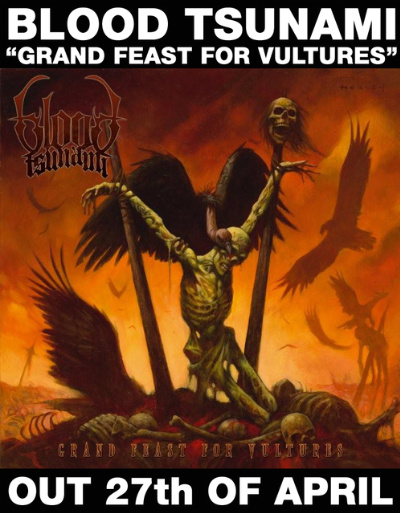 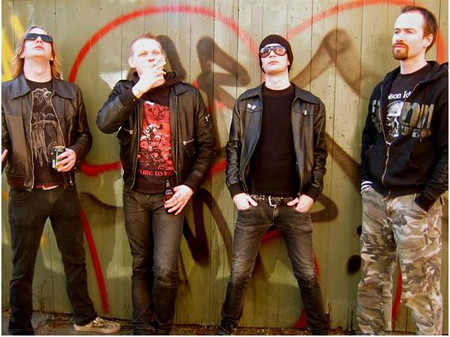