Global rock icons and newly announced Rock And Roll Hall Of Fame 2018 inductees BON JOVI have announced the spring leg of their "This House Is Not For Sale" tour, presented by Live Nation. The run will kick off in Denver, Colorado on March 14 and conclude May 14 at Capital One Arena in Washington, D.C. The Grammy-winning band will also celebrate its return to the road with the re-release of "This House Is Not For Sale" as a new version, containing two brand new songs, "When We Were Us" and "Walls", available via all download and streaming partners on February 23.

The event will take place at Cleveland's Public Auditorium with an edited version of the events airing at a later date on HBO. 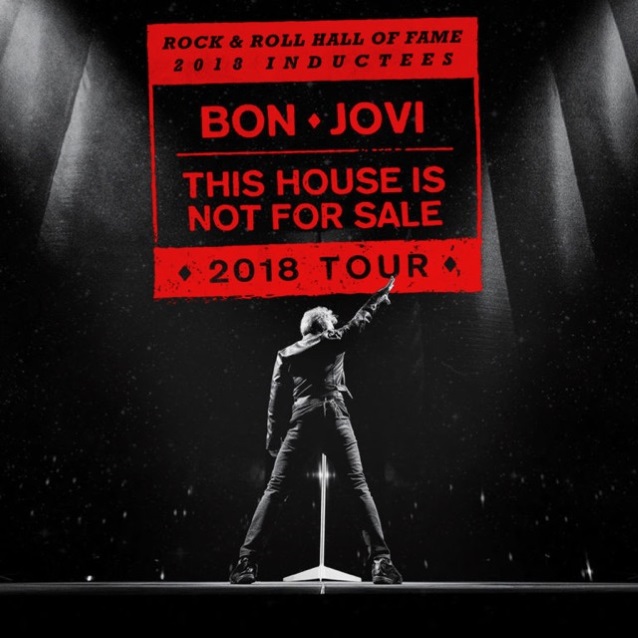